Learn all about Treasure Skyland, its features, gameplay, and more! Click this review before playing at Genting Casino. 18+ | Play Responsibly

Play Treasure Skyland for a chance to win great prizes and unlock fun bonus features! Just for the Win’s slot takes the classic story of Treasure Island and puts an exciting twist on it, transporting you to a world of flying pirate ships and floating islands. You could find different win multipliers to boost your payouts, upgrade symbols to pick up bigger prizes, and claim up to 1,000x your bet! Read our Treasure Skyland slot review to find out more.

The minimum bet you can make in Treasure Skyland is 0.10 per spin, and the maximum is 200.00. You may want to choose your bet before you start playing: just tap the button featuring a casino chip to open the bet setup screen then click on any of the stake options to set that as your bet.

When you’re ready to play Treasure Skyland, hit the ‘spin’ button on the right-hand side of the reels. You need to match at least three identical symbols on a payline to win, though the Wild may take the place of any other symbol to help you.

To access the help section, press the button featuring three dots in the top-right corner of the screen, then tap the star with a dollar sign in its centre. Scroll through it to check out the symbols, their payouts, information on the bonuses, and more. The Map symbol is Wild and may land on reels 2, 3, and 4 only. It substitutes for all other symbols to complete winning combinations.

The Feature Reel spins and stops at random to award one of the following:

The Feature Reel may also activate the Pick Bonus feature.

A 2x, 3x, or 4x multiplier is applied to the combination that triggers the feature.

Standard symbols appearing on the payline that triggers the feature become upgraded and can climb as many as three levels on the paytable to award a bigger prize.

The Pick Bonus feature takes you to a new screen containing a set of hovering islands. Click on any of these 15 islands to reveal a cash prize — you have 5 picks initially, though some islands may award extra picks.

Each time you pick an island, you take another step across the map on the right-hand side of the screen. You could win 1,000x your stake if you reach the final spot on the map! 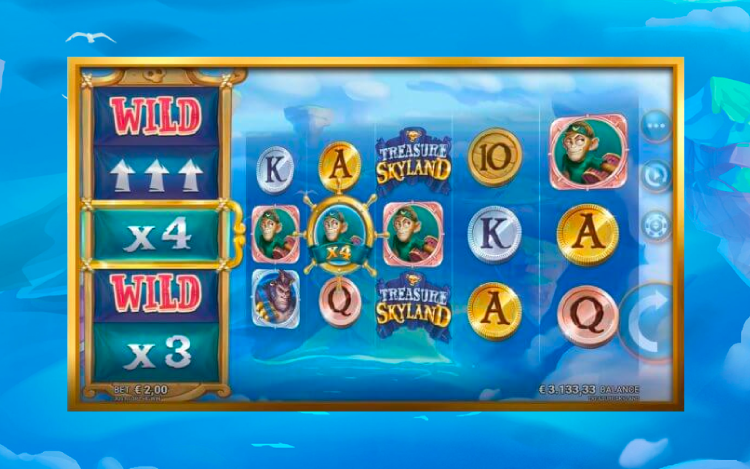 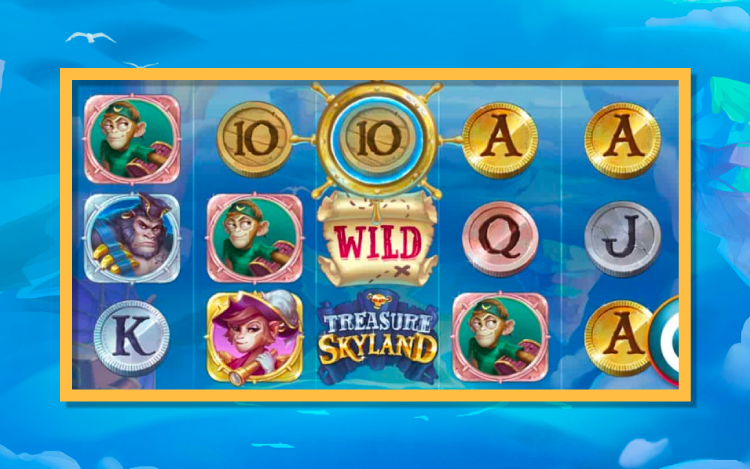 Treasure Skyland is inspired by the timeless adventure story Treasure Island, but with a cool Fantasy edge. In this world, pirate ships float through the clouds on their search for treasure instead of sailing seas, while islands hover high above the ground.

Treasure Skyland’s graphics are sleek and fun, particularly the symbols, which feature monkey pirates, coins, maps, and more. The picture of a pirate ship flying through a cloudy sky, surrounded by airborne islands, makes a fantastic background to enjoy while you play, too! 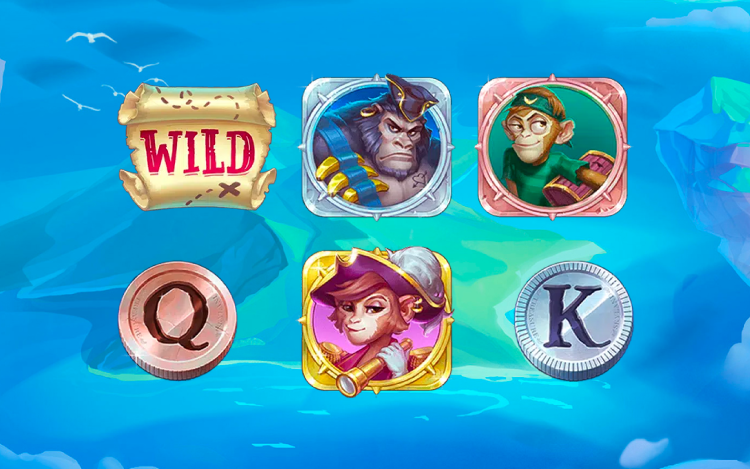 Learn all about King of Babylon, its features, gameplay, and more! Click this review before playing at Genting Casino. 18+ | Play Responsibly

Learn all about Rise of Dead, its features, gameplay, and more! Click this review before playing at Genting Casino. 18+ | Play Responsibly