Learn all about Shadow Society, its features, gameplay, and more! Click this review before playing at Genting Casino. 18+ | Play Responsibly

There have been many secret society names that have been used in movies and works of fiction. We have always been fascinated by the Illuminati which we feel is the inspiration for the Shadow Society slot. This highly intriguing theme is combined with simple gameplay on a 3x3 grid. Join us on our Shadow Society slot review to know more about the game, its technical features, bonus features and learn more about the theme and design of this intriguing title.

At first, Shadow Society has 3x3 reels and 9 lines, but it occasionally expands to 5x5 reels and 25 active lines. The RTP for Shadow Society is 95.76% which is close to the market average. It is playable between 0.10 to 100 which is great for penny slot fans and high-rollers alike. The max possible win for Shadow Society is 1,958 times your stake. This is a high volatility slot which usually means stretches of non-winning spins and a chance at large value wins.

The highest paying symbol in terms of payouts pays 30 times the state. This symbol is an older man who then follows a woman in a mask while offering 15 times the stake for a combination of five identical occurrences. For a five-of-a-kind combination, the green man next to him pays 12 times the bet, and the purple frame pays 10 times the bet.

The low-paying symbols reward combinations of five of a kind for 3x to 7x the wager. To get a win of five matching symbols, which isn't possible in the base game, you'll need to expand the grid.

Although we didn't come across any Wilds while playing, some modifiers have additional functions besides simply replacing the symbols in winning combinations. 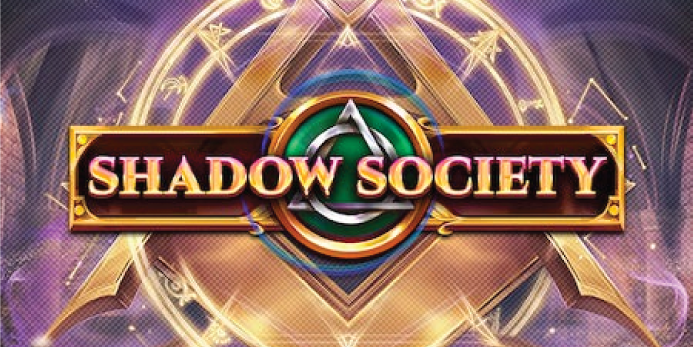 The payouts for 5 of a kind wins with the premium character symbols with masks range from 50 to 150 times your wager. To unlock the premium symbols and other extras, you must advance along the progress bar with a few special feature symbols.

Each time the eye pyramid Progress Symbol lands, you advance one step along the progress bar. It is 1x2 in size. There are 8 distinct rewards to be unlocked in total, and each reward requires progressing five steps.

No matter what grid size you have unlocked, the Bonus Round requires 3 Scatters to be visible, and scatters always appear on reels 1, 3, and the rightmost reel. You start with 10 free spins, and you can get an additional +5 spins if you retrigger the feature by landing 3 scatter symbols. The win multiplier starts at 1x and rises by +1 with each victory, maxing out at 15x. During bonus spins, the progress bar system is still in effect. 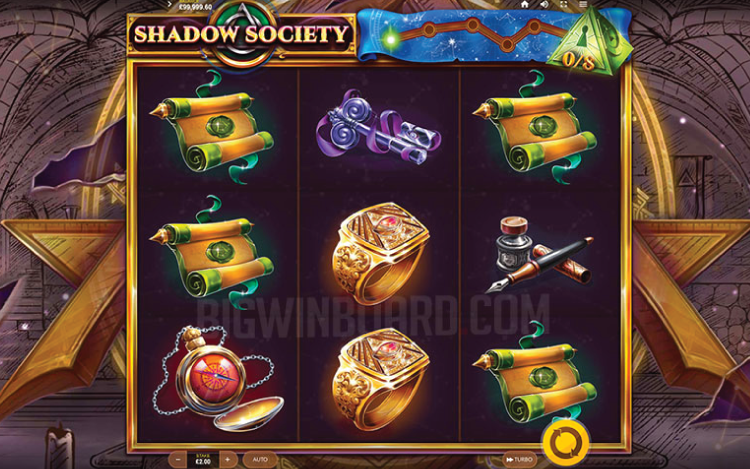 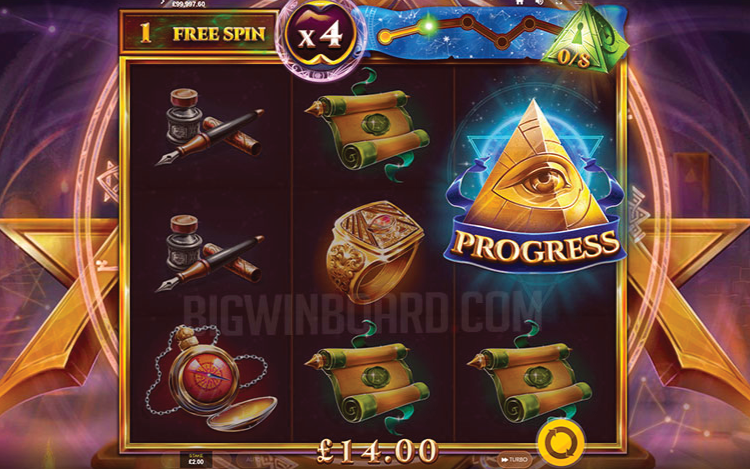 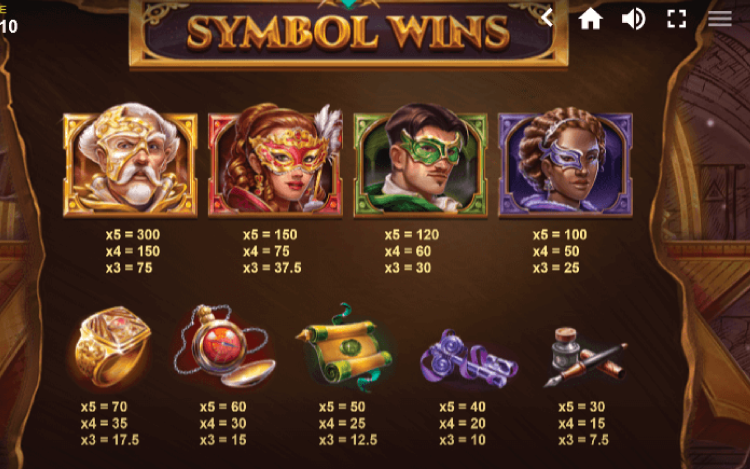 The theme of the Shadow Society slot is represented by a large symbol in the background and the interior walls of a castle. The graphics are crisp and clear, and the symbols relate to the theme. The colour scheme has golden brown undertones that make me think of Egyptian slot machines. We see several masked characters on the reels in this slot machine that draws inspiration from secret societies, but it doesn't seem like there are enough of them to effectively conceal their identities. 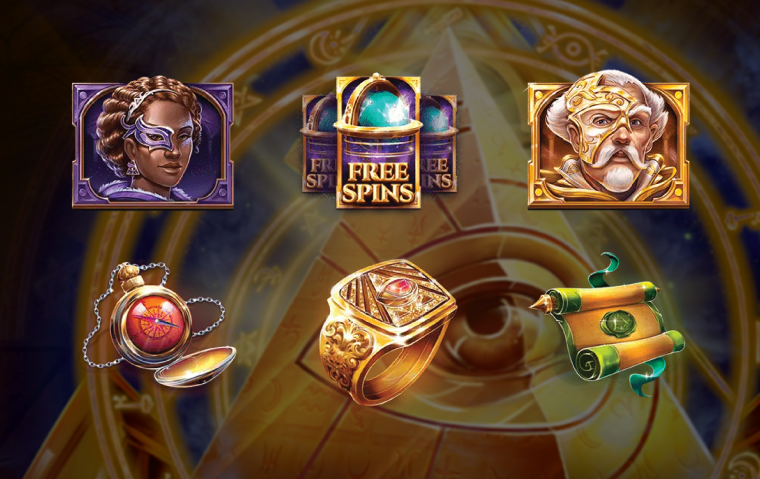 Shadow Society will appeal to long-time players with its initial 3x3 by grid and would be pleasantly surprised by the changing of that into a 5x3 playing field. The mysterious vibe of the game matches the design perfectly and the graphics are excellent. This is a progressive slot which offers a max possible win of 10,000 times your stake which is attractive to many players, especially high-rollers. It is an absolute must try for every slot player.

Learn all about Humpty Dumpty, its features, gameplay, and more! Click this review before playing at Genting Casino. 18+ | Play Responsibly

Learn all about Hot Rod Racers, its features, gameplay, and more! Click this review before playing at Genting Casino. 18+ | Play Responsibly

Learn all about Shield of Sparta, its features, gameplay, and more! Click this review before playing at Genting Casino. 18+ | Play Responsibly