Learn all about Rise of Olympus, its features, gameplay, and more! Click this review before playing at Genting Casino. 18+ | Play Responsibly

The Rise of Olympus slot machine from Play 'n GO tells the story of three brothers. This Greek mythology-themed, five-reel, twenty-payline game features cascades which makes this a unique game, Hand of God extras that can be triggered at random, and wild symbol addition in addition to symbol destruction and transformation. Finish reading our Rise of Olympus slot review to know more about the game, its technical features, bonus features and theme.

The Rise of Olympus slot online is a Greek mythology themed game from PlayN’Go. It is played on a 5x5 grid with a cascading reel system which allows players a departure from traditional slot play. The RTP for the Rise of Olympus online slot is 96.50% which is above the industry average. It is playable between 0.20 to 100 which is a really wide range that is great for beginners and high-rollers. The maximum possible win is 2,500 times your stake. This is a high volatility slot which usually means stretches of non-winning spins and a chance at large value wins.

Bolts, tridents, helmets, harps, three highly valuable Greek god symbols, and the game's three main stars—Hades, Poseidon, and Zeus—are among the symbols included in the game. The Wild, which can appear five times on a payline and pay 50 times the stake, is the most valuable symbol.

When three or more symbols connect vertically or horizontally, wins are produced. As was already mentioned, Rise of Olympus is a cascading slot, which means that winning combinations are created by dropping symbols into the grid. When this occurs, the middle spot is occupied by the wild symbol, and each successive drop raises the win multiplier. Up until there are no more winning combinations, this cycle is repeated; at that point, the multiplier will reset. 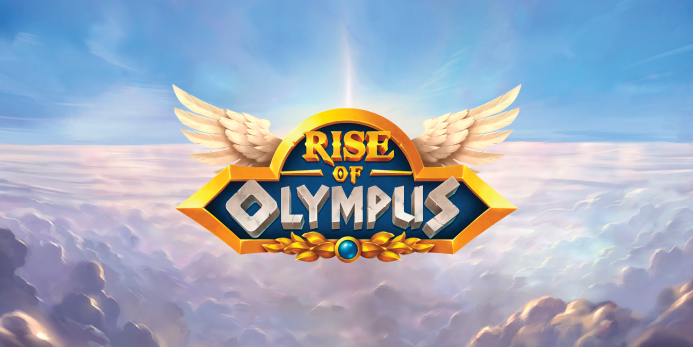 The Rise of Olympus game has the following two features:

The Hand of God feature appears at random during losing spins. Any of the three Gods, each with their own special skills, could appear. When Zeus appears, two sets of any symbol are destroyed. Hades will change one set of symbols into another, Poseidon will add up to two wild cards, and Zeus will add up to two wilds.

When the metre is fully charged, which is accomplished by landing a 5 of a kind winning combination with any of the God symbols, the Wrath of Olympus bonus round is activated. The chance of the free spins being triggered will then be increased as each of the three gods takes turns blessing the grid set with their special abilities.The three Gods each have a high, medium, and low level of volatility. Hades is a riskier option, but there is a chance of bigger rewards. 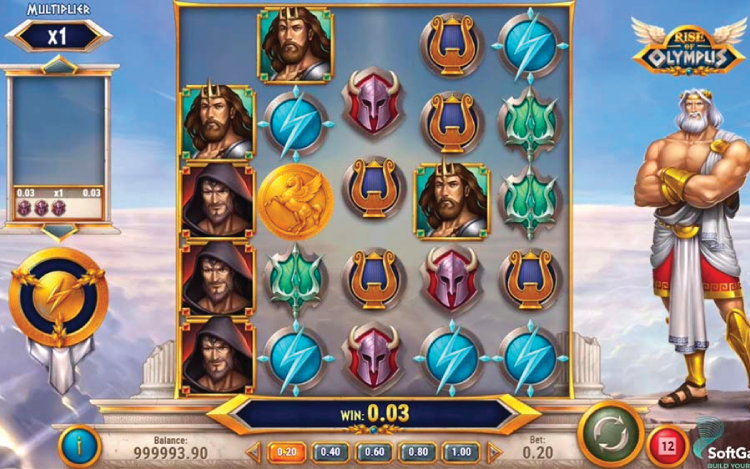 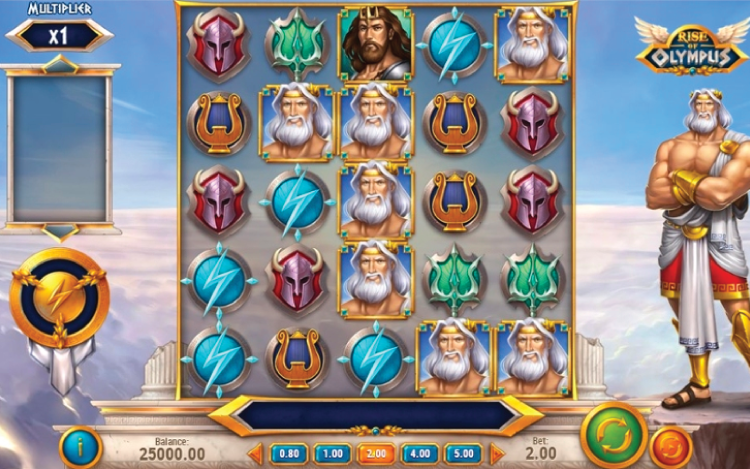 Rise of Olympus Theme and Design

The Rise of Olympus slot, which has a Greek mythology theme, tells the story of three brothers who are destined to rule: Zeus, Poseidon, and Hades. They have supposedly vanquished their father Cronus and are now fighting for control. It's a competition to see who's got the best sibling rivalry.

The graphics are in high definition with one of the three brothers off to the side of the grid and an epic soundtrack. Each Greek deity has a unique setting: Poseidon transports you underwater, Zeus transports you to Mount Olympus, and Hades transports you to the underworld. Lightning bolts, tridents, helmets, and harps are among the symbols on the grid. The three higher value symbols are represented by the gods Hades, Poseidon, and Zeus, and they each pay 0.3, 1 or 10 times your total bet for combinations of 3, 4 or 5. Any combination of 3, 4, or 5 of any of the three gods will pay 0.2, 0.5, or 5 times the stake. 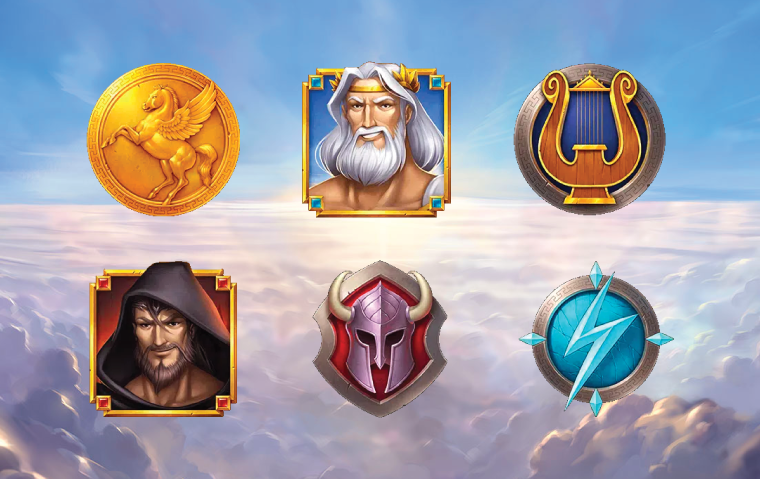 The theme may have been a well used one for Rise of Olympus but the game provides excellent graphics and wonderful gameplay. The game can be rewarding from both the symbols and the bonus features.if you are a fan of Greek mythology or if you are looking for a slot that is not traditional then you should give Rise of Olympus a few spins. We highly recommend this game for both beginner and high-roller as it offers a max win of 2,500 times your stake.

Learn all about Sakura Fortune, its features, gameplay, and more! Click this review before playing at Genting Casino. 18+ | Play Responsibly

Learn all about Queen of the Gods, its features, gameplay, and more! Click this review before playing at Genting Casino. 18+ | Play Responsibly

Learn all about Sword of Ares, its features, gameplay, and more! Click this review before playing at Genting Casino. 18+ | Play Responsibly