Learn all about Gods VS Gigablox, its features, gameplay, and more! Click this review before playing at Genting Casino. 18+ | Play Responsibly

It’s a clash of divine beings when gods face-off against each other in the Gods VS Gigablox slot game by Hot Rise Games. Various deities from different realms will make an appearance in this 6x6 slot game that comes with a max potential win of x10225 of your stake. Wonderfully detailed symbols and icons are clear to the eyes as soon as the game starts up. The graphics of the game make playing Gods VS Gigablox online slot really worthwhile. Lots of game information is available in this review so take a look at all you need to know before diving into the Gods VS Gigablox slot game.

The Gods VS Gigablox slot has a gaming grid that contains 6 reels and 6 rows with 50 active paylines. This makes for a larger layout with tons of symbols that can drop. The game has an RTP of 96% and the volatility is High. Start the game by placing bets between 0.50 to 20 and you are off to duel with the gods.

Create winning combinations by matching symbols landing according to the 50 paylines. Symbols can also come in the bigger Gigablox forms that can appear as giant 2x2 to 6x6 symbols. These can give you more potential winning lines. J to A card faces are the initial set while the gods that make an appearance as the premium symbols are Anubis, Medusa, Thor, Ares, and The Monkey King. These can give you up to 750 for a winning combination of 6 symbols.

Free spins and Wilds form the bulk of the bonus features found in the Gods VS Gigablox slot.

Getting 5 or more Scatter symbols on the reels triggers the free spins round. You get 8 free spins and the highest-paying symbol in view also becomes Wild. These can be retriggered when the chosen picture symbol lands. Gigablox symbols also land containing only god-picture symbols at this time.

When you land the six letters of VERSUS, you get 6 free spins. A Champion and Challenger are randomly chosen from among the god-picture symbols and when any of these land on the reels, they fill up a special metre.These can lead to extra free spins, multipliers, and instant cash payouts. Want to trigger this bonus right away? Just pay 100x the bet and you can gain access to it. 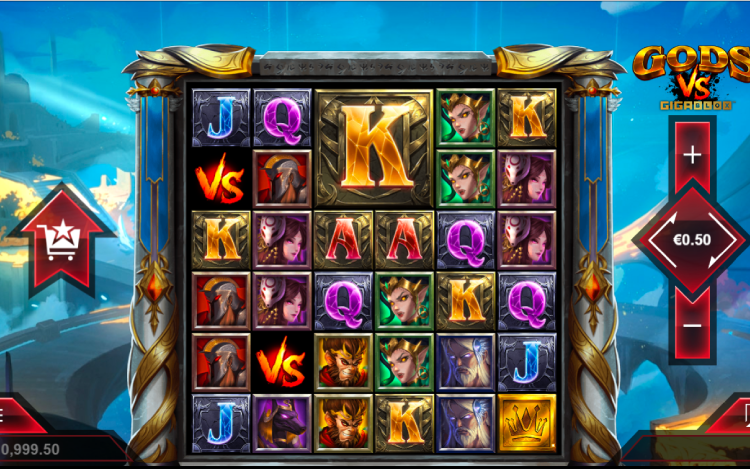 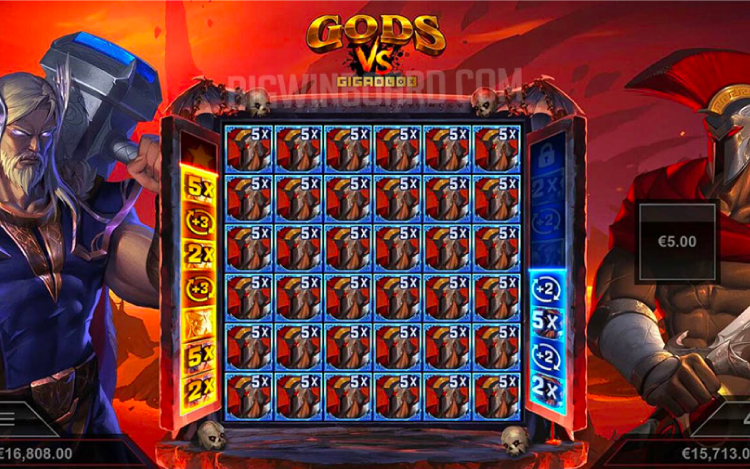 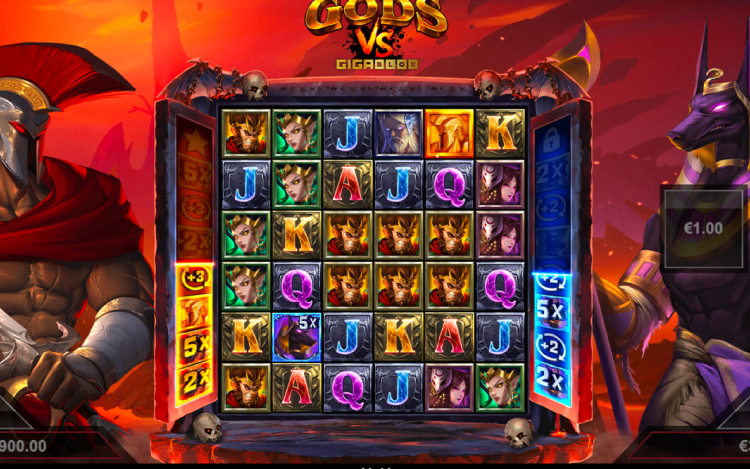 Gods VS Gigablox Theme and Design

The Gods VS Gigablox slot game looks extremely good. The graphics and design of the slot machine looks like it was taken right out of an actual video game. The background shows off a war-torn landscape where the gods take their battle positions. A huge stone slab with ominous carvings serve as the face of the reels and the symbols can be found within. The god-picture symbols are the main attraction as the depiction of the divine warriors are some of the best character designs we have seen in a long time. Trigger the VS feature and special animations will emerge to add to the playability of the Gods VS Gigablox slot game. 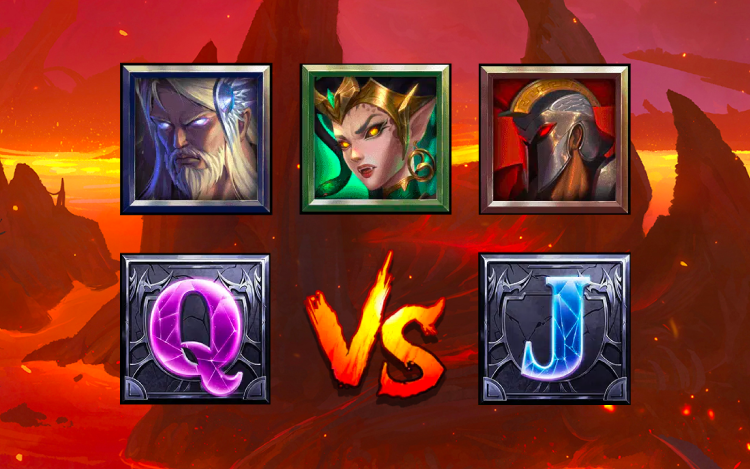 A max win of x10225 of your stake, exciting bonus features, and awesome visuals make the Gods VS Gigablox slot a must-play. It has all the elements of a great online slot machine that can cater to the needs of every slot gamer. The Gigablox mechanic also adds some interesting twists and can lead to multiple potential wins. Play the Gods VS Gigablox slot online only at the Genting Casino website for the best online experience.

Learn all about Wild Falls 2, its features, gameplay, and more! Click this review before playing at Genting Casino. 18+ | Play Responsibly

Learn all about Cash-a-Cabana, its features, gameplay, and more! Click this review before playing at Genting Casino. 18+ | Play Responsibly