Automatically credited upon deposit. Cancellation can be requested. First Deposit Only. Min. deposit: £10, max. Bonus £50. WR of 30x Deposit Plus Bonus amount (Slots count 100% and any other game 10%) within 30 days. Max bet is 10% (min £0.10) of the Bonus amount or £5 (lowest amount applies).Bonus must be claimed before using deposited funds. Bonuses do not prevent withdrawing deposit balance. First Deposit/Welcome Bonus can only be claimed once every 72 hours across all Casinos. Bonus Policy applies.
SportsHorse Racing

The Racing Post guides you down the finishing straight with their preview to the Haydock Sprint Cup day.

It's the Betfair Sprint Cup at Haydock Park on Saturday afternoon as Kevin Ryan's Emaraaty Ana bids to become the first back-to-back winner of the Group 1 contest in 55 years.The Sprint Cup is the feature race on a high-quality Haydock card, with the Ascendant Stakes, Superior Mile and Old Borough Cup on the undercard. They race at Haydock from 1.15pm-5.14pm and the Racing Post previews all the action.

The odds will reflect his chance but it's hard to look beyond NAVAL POWER here. The Godolphin-owned son of Teofilo has won all three starts so far, making the step up into this grade at Ascot (7f, good to firm) with a 6½-length romp in the Pat Eddery Stakes in July.

Just what he beat there is open to debate, but he did it in great style and seems sure to improve again upped to the mile trip. He is already prominent in the betting for next year's Guineas and, even allowing for a 3lb penalty, should be hard to stop now.

Lion Of War was essentially very disappointing in the Superlative Stakes at Newmarket in July after impressing in winning his first two starts, but he didn't appear to handle that track so early in this career. It was a strong renewal and, while there's something to prove now, it would be foolish to forget that earlier promise and Mark Johnston's runners often rebound.

Seeking Gold, a winner at Yarmouth last month on second start for Tom Clover, is another with potential, while Dark Thirty (ahead of Lion Of War at Newmarket but brushed aside since at Glorious Goodwood in a Group 2) is another requiring a bounce back.

Next Best: Lion Of War

Reach For The Moon is set to start favourite here for John & Thady Gosden. Once touted as a leading Derby contender, he was surprisingly beaten into second in the Hampton Court at Royal Ascot in June on his first run beyond a mile and has been off since.

He gets a first-time visor now dropping back in trip and, while still capable of getting back on track, has something to prove.

Bayside Boy actually beat Reach For The Moon when winning the Champagne Stakes at Doncaster a year ago, though he's 0-5 since. His comeback was in the 2000 Guineas where he beat only a couple home, but his two-length seventh in the Group 1 St James's Palace at Ascot in June was much more like it. Disappointingly, he no better than fourth of seven in a Glorious Goodwood Group 3 since.

A chance is taken therefore on the returning TRIPLE TIME, not seen since his win in the Ascendant Stakes on this card 12 months ago.

The Frankel colt had a minor springtime setback and connections revealed this week they simply decided to be extremely cautious once the Guineas was missed. He could still have lots of promise and, on ratings, doesn't have a lot more to find.

Next Best: Reach For The Moon

Irish Lullaby has improved to win at Killarney and Galway in July and now shows three wins in six career starts for Jessica Harrington. The Nathaniel filly is 4lb higher on first start in Britain and it certainly rates as an interesting piece of placement to see her here, while the booking of Frankie Dettori takes the eye too.

Pons Aelius is a model of consistency for the Johnston team, stays further than this, and should give another good account of himself, while hat-trick seeking Sophisticate is another filly in fine fettle.

Three-time-raced Open Champion got up at Lingfield over 1m4f last time and looks sure to offer more now upped in trip and sent into a handicap, but there could be a bigger effort looming from INVERNESS for Charlie Hills.

He had run well at Ascot and Goodwood (both 1m4f) prior to his fourth in the Melrose at York over this trip behind runaway winner Soulcombe. He was a neck behind re-opposing Adjuvant in that contest but is 6lb better off on these terms and is unexposed at this distance.

Fans of Soulcombe will be hoping that the likes of Inverness and Adjuvant can boost the York form in the preceding race before he runs here but, either way, his slicing through the field on the Knavesmire was most impressive and he looks a 3YO very much on the rise for William Haggas.

Of course, the handicapper has noted that success a fortnight ago and he's rated 14lb higher now, so while his chance is there to be seen, he does have more on his plate in what will be a typically strong Old Borough Cup.

Veteran Euchen Glen didn't have much luck in York's Ebor and could be a danger despite top-weight, while last year's winner Island Brave is rated 3lb lower and produced his best effort of the season so far when fourth last time over two-miles at Ascot's Shergar Cup.

Contact is enjoying a really promising season and can go well, while Haliphon was in cracking order prior to a sub-par showing at Hamilton eight days ago and could rebound now.

AMTIYAZ could be one to land a blow at a decent price for John & Thady Gosden with Hollie Doyle in the plate. The Frankel gelding won the Copper Horse Handicap over this trip at Royal Ascot last summer and then ran well over the same trip at Newmarket soon after.

At that point he was progressive in this sphere and he's only run once since. That comeback at York two weeks ago looked sure to bring him on coming on the back of 400+ days off and, if it does, he has the form to be a key player here with the handicapper having eased him 2lb. 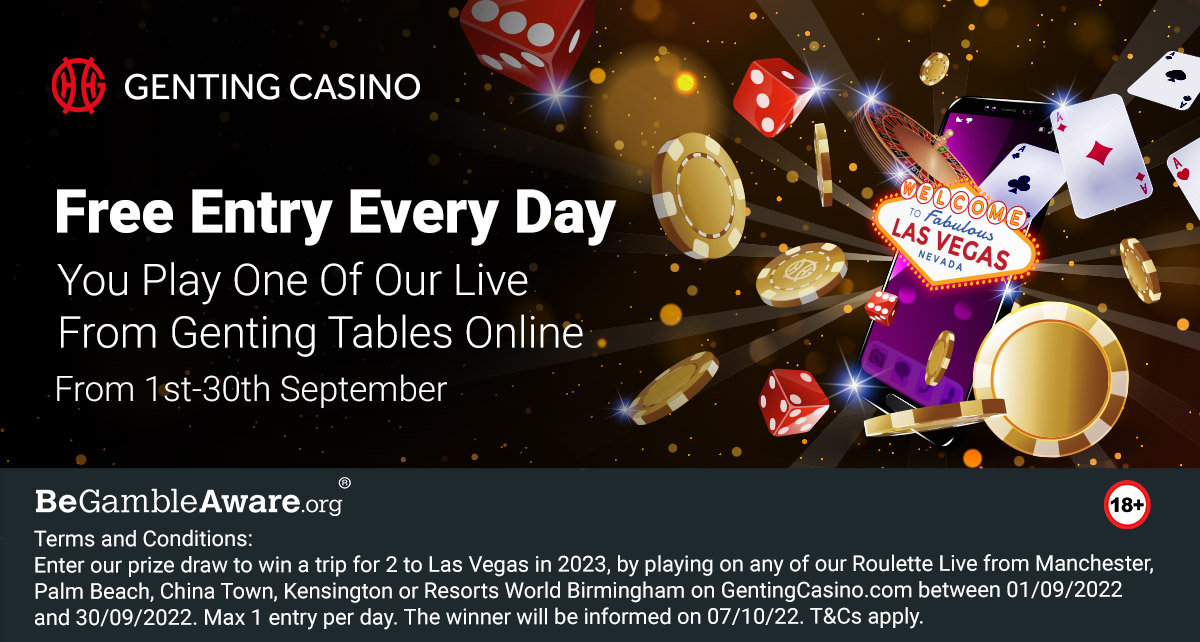 Last year's winner Emaraaty Ana is respected after a very similar prep-run in York's Nunthorpe. Kevin Ryan and Andrea Atzeni will be hopeful of a big defence but not since Be Friendly in 1967 has any Sprint Cup winner defended this crown.

The leading form protagonists are Minzaal and Naval Crown for Owen Burrows and Charlie Appleby respectively. Naval Crown won the Platinum Jubilee Stakes at Ascot in June, with Minzaal down the field and a few of these in between them. The Mehmas colt however won a Group 3 at Newbury afterward and was second in last month's Prix Maurice de Gheest with Naval Crown behind in fifth.

That was over a longer trip and the Godolphin inmate may find a bare 6f is in his favour this time.

Kinross beat some of these en route to winning the City Of York Stakes a fortnight ago but that was over 7f and his best efforts have come at that trip, meaning ART POWER (fourth) is fancied to build on that effort.

That was a first run in 308 days for Tim Easterby's colt and he ran a race full of promise, stretching the field out before fading inside the final furlong on his first go at that extended trip. With that run certain to leave him cherry-ripe, and the drop back in distance a positive, last year's fifth could be tough to catch this time.

Korker didn't get the clearest of runs in last weekend's Beverley Bullet, finishing eighth, but once again he didn't help himself breaking quite slowly and that remains a concern for this headstrong performer.

Alligator Alley took advantage of a decent mark to score at Thirsk over this trip three weeks ago and is now rated 7lb higher in a tougher race for the David O'Meara team. Muker was a fading third from the front in the same contest, his first run in 356 days since joining Paul Midgley, and he could build on that.

Goodwood winner Lord Riddiford and York third Atalis Bay aren't dismissed easily but CALL ME GINGER is taken to go well. Jim Goldie's charge was a ready winner at Ascot in July and ran with credit in fourth at Musselburgh under a penalty six days later.

He's enjoying a profitable season and, despite a career-high mark of 91, should be in the mix again.

Despite starting his career in a Huntingdon bumper win and tackling hurdles back in February, Alazwar has taken well to Flat racing with two spring novice wins on the all-weather over this sort of trip. He ran well at Ascot (7f, good to firm) on handicap bow and, from the same mark, looks a key player back up in trip with Hollie Doyle taking over. His claims are there to be seen.

Lightly-raced Monteria is one to pay some attention on handicap bow but HE'S A GENTLEMAN edges the verdict.

He was running good races on turf through midsummer for Hugo Palmer and he contested a hot race at Lingfield over further last month on the Polytrack. He is rated 2lb lower back on the grass and can give a good account of himself.

GENTING CASINO ONLY OFFERS SPORTS ARTICLES AND NOT SPORTS BETTING

Genting Casino is a leading global casino brand. We provide a premium online casino experience with our huge selection of online slots and live casino games. Genting has been recognized many times for its work in creating fun, safe gaming experiences winning multiple industry awards during its 50 years in business

Racing Post preview to what should be another thrilling day of racing from Newmarket.

Find out who the Racing Post is backing for the forth and final day of the Ebor Festival.

The Racing Post previews a top-class day of racing from Sandown.