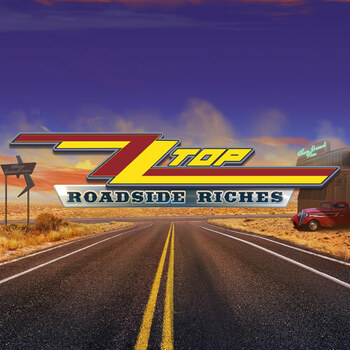 Two of the most famous beards in rock 'n roll history come to the online slot game market. Play 'n GO brings an unusual flavor with ZZ Top Roadside Riches. Expanding on the growing line of rock band-themed slots, ZZ Top Roadside Riches presents the American rock legends in a slot full of walking wilds, wild multipliers, two free spins bonus rounds, and some of the biggest win potential a player could find in a Play 'n GO title. For unfamiliar players, ZZ Top is a band formed in 1969 by Billy Gibbons, Dusty Hill, and drummer Frank Beard. Mixing blues and rock with witty lyrics steeped in Texan roots. Those who are familiar probably know hits such as "Gimme All Your Lovin" or "Sharp Dressed Man." The band is still active even after 50 years in music.

Compatible with any device of a player's choice, mobile or desktop. Like a finely tuned 'rod, ZZ Top Roadside Riches possesses a highly volatile math model with a theoretical Return to Player of 96.20% that can drop down to 94.20%. The slot is played on a 5-reel, 4-row game grid covered in chrome providing 1,024 ways to win. Set on a hot Texan tarmac, the background includes the car from the Eliminator album cover. Parked at a diner under a purple sky. Players collect wins for three matching symbols or more that land on adjacent reels. Starting from the left-hand side.

Play 'n GO's proven formula for slot game features stays true with ZZ Top Roadside RIches. Starting with wilds such as Legs Wilds which covers the whole reel and the Gimme Wilds which appear with a 2x or 3x multiplier. ZZ Top's expansion to slot game is a sure-fire hit for all music fans and players. Play now!