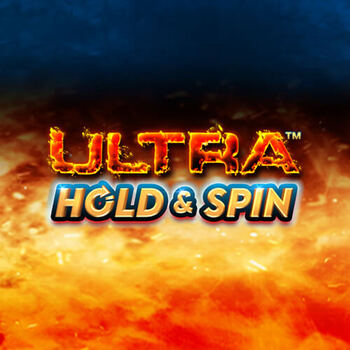 When it was first published, the classic slot game Ultra Hold and Spin was a huge hit thanks to its engaging gameplay and superb visuals. Three reels, three rows, and five paylines are the standard layout of this game. It has a Return to Player rate of  96.70% which is acceptable.

The traditional symbols, such as the X, Cherries, Oranges, Plums, Stars, Strawberries, Watermelons, BARs, and Sevens, can aid you in obtaining your prizes. The Sevens are the most valuable of the common symbols, and landing three of them on an active payline will result in rewards worth 50x your wager. From a minimum of 10.05 up to 250 a spin, you can play the Ultra Hold and Spin slot with a maximum potential payout of 500x. Moreover, all reels have the wild symbol, which can substitute any image other than the money symbols. When a winning combination includes a wild symbol, you'll notice that it enlarges to fully cover the reel. Coins in the money category gold and silver can appear on the second reel and trigger respins. When three Coins on the second reel, ranging in value from x1 to 20x, appear, the Hold and Respin feature is triggered. You receive four respins after which the values of all Money symbols that occur on the reels are added to the total. Next, the value of all Money symbols on the middle reels is added to the overall winning. Watch out for the Money symbol (Diamond), which has money values ranging from 100x to 500x and hence produces the largest prizes, and plays a significant role during respins.

If you prefer classic slots with modern features, register at Genting Casino, available on all mobile devices. Don't forget to plan your gaming budget appropriately and to take breaks frequently.