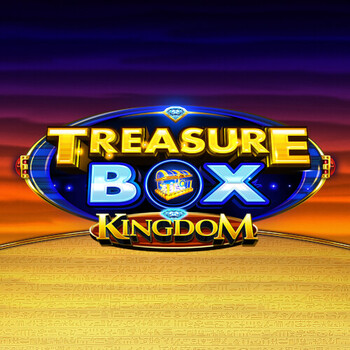 This action packed theme with Hold and Respin Bonus is on a 5-reel MultiWay grid,  and comes with 243 ways to win. Coin symbols open up more reel estate to increase the player’s chances of winning the Grand Jackpot which pays 10,000x the total bet.

Coin Scatter Symbols award prizes and Free Spins Bonus with guaranteed wins are triggered when 3 or more Pyramid Scatter Symbols appear on the reels. Four fixed award jackpots can be won during the Hold and Respin Bonus, when the required number of Coins lands in a single spin which is fixed at 5.  All triggering Coins are moved into a central Treasure Box symbol and become a single Coin symbol.

Each symbol position has its own reel. Three spins are awarded at start and reset to 3 every time a symbol lands on the reels. Awards that land on reels are Fixed Jackpot awards, Coin symbols, Treasure Box feature, Multiplier symbols and +1 Spin symbols. Fixed Jackpot Awards are 5 Diamonds landing on the reels as the Grand Jackpot, 3 Red Gems award the Major, 2 Green Gems award the Minor, and 1 Yellow Gem awards the Mini. Whenever a Treasure Box symbol lands, all coin symbols move into it and combine the values into a single Coin symbol to free up space on the reels for more prizes.

Set your gaming budget and register to Treasure Box Kingdom on Genting Casino, playable on all mobile devices. We encourage you to play responsibly.