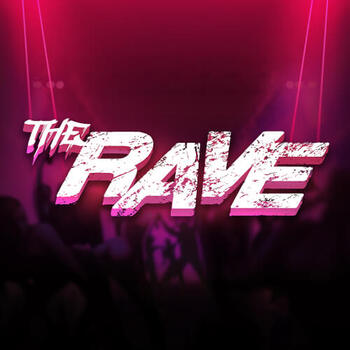 Put your dancing shoes and coolest dance moves in Nolimit City's new slot game, The Rave. This game by Nolimit City was modeled after the popular overnight dance party with hip techno music. Expect fun and bright audio and visuals with The Rave. The Rave is played on a 5-reel, 3-row game panel, with 243 ways to win set up. The high-volatile slot game features an RTP of 96.09%. The Rave's betting range is from 0.20 to 120 which might increase by 20% when an xBet has been engaged. This also increases the RTP to 96.2%. The frequency of Hits comes slightly better than 1 in 4 and shows when at least 3 matching symbols drop left to right in adjacent reels from reel number one. The slot game is playable on any desktop, tablet, and mobile device.

The Rave's low-paying symbols are Headphones, Lollipops, Shades, Cash Gun, and Gold Necklaces that pay 0.5x to 0.9x the bet for five-of-a-kind. The high-paying symbols are five The Rave characters including a Keith Flint lookalike that pays 1x-6x the bet for a five-symbol hit. The Wild Symbols substitute any of the normal paying symbols that help complete the winning ways. The Rave by Nolimit City also has some special features. This includes the Drop the Bass (scatter symbol that can appear in any place in the game), Double xWays Wild (displays 6 to 11 Wild Symbols), Murder on the Dance Floor (gives extra Enhancer cells), God is a DJ (5 Enhancer Cells are shown on the bottom row of each free spin), Mashup!, Sidechain, & Crossfader (The Rave additional modifiers), and Nolimit Bonus ( Shows when a player clicks the Star button and takes the player to the Nolimit feature buy menu). Play The Rave by Nolimit City today.