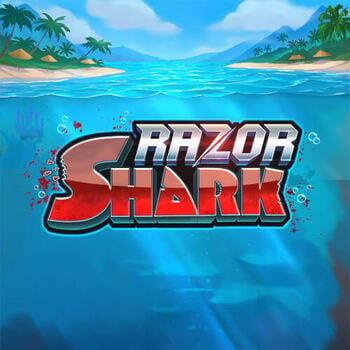 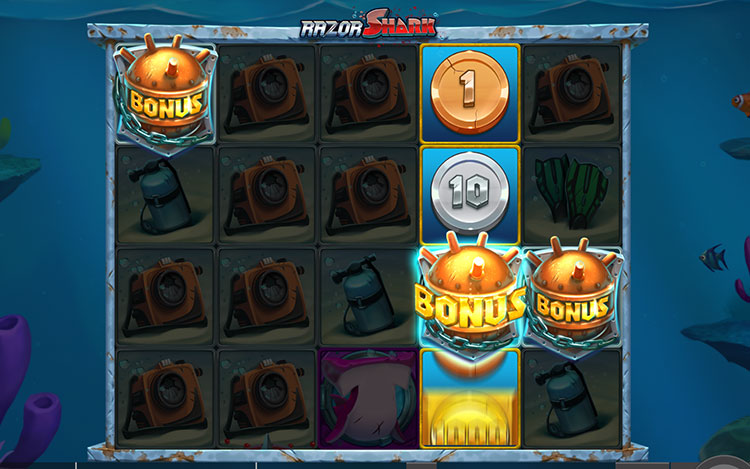 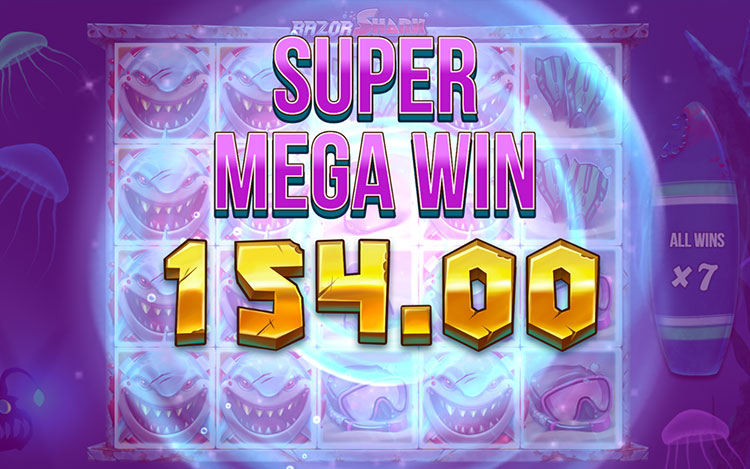 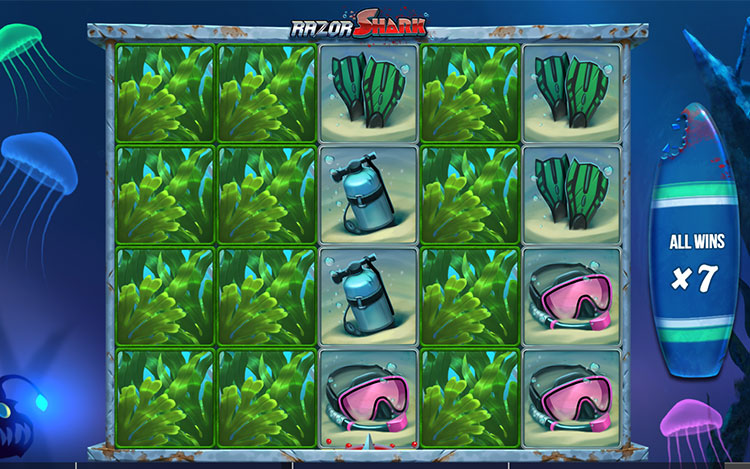 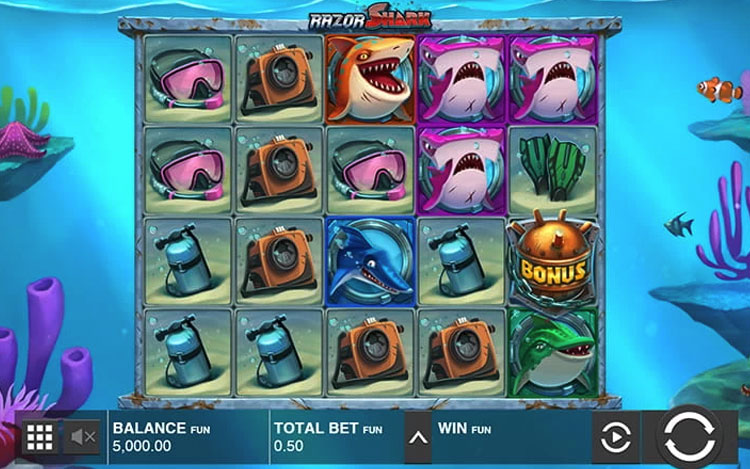 Underwater slots showcasing different sea creatures have always been a staple in slot games. And the Razor Shark slot dives a little bit deeper with new and unique game features to keep things exciting. Play on a beautifully designed underwater realm where creatures and treasures lurk at every turn. The main element of the game is all about the biggest predators in the ocean, the shark! All throughout the game you will meet the deadly Hammerhead shark, the fearsome Tigershark, and of course the massive Great White Shark. These hunters also represent the higher-paying symbols of the game. Push Gaming pushed the boundaries of design in this game with colorful visuals, breathtaking background music, and a possible max win of up to x50,000 your initial bet.

Make the most of your gaming experience by triggering the features of the Razor Shark slot machine. 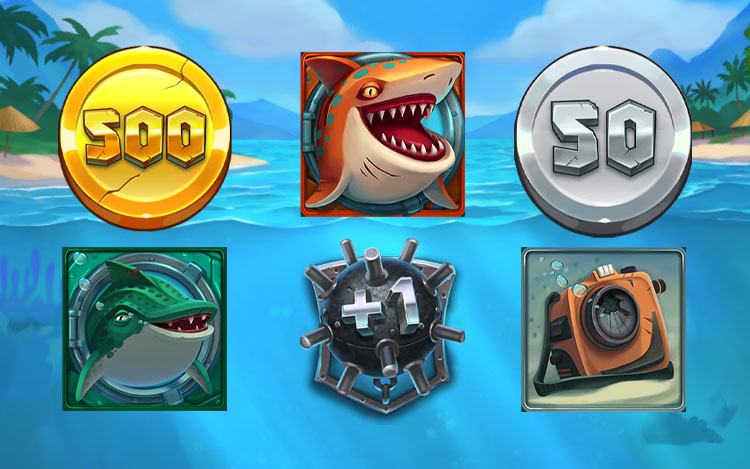 Playing the Razor Shark slot online is started by placing an initial bet. Betting ranges from a lowest of 0.10 to a highest of 100. The game has a High volatility with a reported RTP of 96.70%. But with a maximum exposure of x50,000 of your initial stake, the game can possibly award up to a massive 5 000 000.

Your deep dive starts with matching the symbols on the reels to start a win. Lower paying symbols such as the Fins, Oxygen Tank, Mask, and Camera fill up the majority of the reels when you spin. But the major players can appear and the sharks can come in as the higher-paying symbols that award you with better values. In-game Wild symbols can surface and create winning lines by substituting for other like-symbols on the reels. But when the game’s features such as the Mystery Stacks and Razor Reveal start to come into play, the game can quickly churn out free spins and multipliers that can lead to bigger rewards. The Razor Shark game is able to pay out big cash values when you are able to chain the features together. Adding up the multipliers can pave the way for an even bigger payout than initially reported.

What is the maximum bet for Razor Shark?

A maximum bet of 100 is available in the Razor Shark game.

What is the minimum bet for Razor Shark?

The minimum bet for Razor Shark is 0.10

Can I play Razor Shark on mobile?

What is the RTP of Razor Shark?

What is the biggest potential win for Razor Shark?

The maximum win for Razor Shark is at x50 000 your initial bet.

About the Game Provider: Push Gaming

Push Gaming was founded in 2010 and is situated in London, with an ever-growing team of mathematicians and game designers. Jammin Jars, Joker Troupe, and Fat Rabbit are just a few of the ground-breaking games that the firm has created over the last decade. Push Gaming is licenced to operate in the United Kingdom, has a Malta Gaming Supply License, and is an Alderney Associate Supplier. All of these certificates demonstrate that the developer is committed to operating lawfully in regulated marketplaces and ensuring that its players are properly looked after. Push Gaming also collaborates with BMM Testlabs and eCOGRA to ensure transparency and fairness. Push Gaming is best known for pioneering new slot features, and exciting mechanics created by the studio include Fat Santa, Fat Drac, and Dinopolis.

Play Razor Shark slot online at the Genting Casino website. It is the home for the best and latest slots that will cater to any specific theme or style of play that you are looking for. Genting Casino also has its fair share of table games and live casino games. Dive into the world of Razor Shark when you play it on Genting Casino.