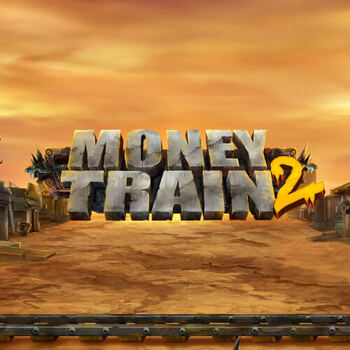 Steampunk meets western in Relax Gaming's new slot game. Following 2019's massive hit, Money Train comes as a hopped-up sequel in Money Train 2. It didn't take long for Relax Gaming studio to capitalize on the former's success by addressing some tweaks needed from the first one and additional features along the way. The theme is also a much-needed upgrade with a futuristic twist on the western trope. A run-of-the-mill steam engine encapsulates the 5 reels, 40-payline grid with the essence of a hot desert wind. The soundtrack boasts of an atmospheric tune embodying the lonesome futuristic west.

Players and cowboys alike will find the slight increase of the RTP from 96.4% to 98% when the bonus buy feature is activated very interesting. Partnered with the extremely high volatility, sharp explosions of a bonus game will surely make you spin for more. Symbol models have been revamped. Low pays made out of cards and high paying ones of characters with a Mad Max-esque design. These characters include the female player, the green-backed sniper, a tough guy collector, and the necromancer. Like the rest of Money Train 2, the core slot game has also been amplified with a new slot feature.

The bonus respins feature is triggered when 2 scatters land on the reels. Each scatter reveals a multiplier which is added together followed by a respin. Another bomb of a feature is the Money Cart bonus round, triggered after 3 or more scatter symbols are in view. Visuals transition into nighttime then a new grid rolls onto the screen that only lands special symbols. Said bonus game starts with 3 spins, adding the previous scatter values to a win multiplier of the total bet. All these and more are at hand with Money Train 2's next-level experience. Play now!