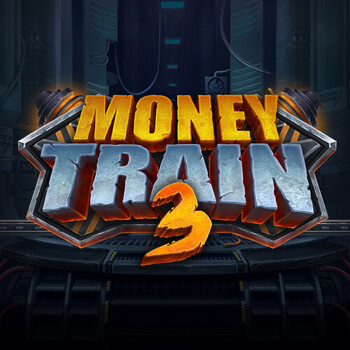 Produced by
Relax
The risky and eagerly awaited Money Train 3 slot is the third instalment in the legendary Relax Gaming series, and it features 40 paylines on 5x4 reels. In the base game, you occasionally obtain a sticky symbol streak respins feature, and the Money Cart Round is the main attraction. This time, it has 13 special modifier symbols, and the top prize is a mind-boggling 100,000 times your wager. Money Train 3 game has an RTP of 96.1 percent. Play Money Train 3 for as little as 0.10 per spin.

Despite the shift in theme, Relax Gaming stuck with the 5x4 grid from the series' earlier instalments in Money Train 3 slot game. There are still 40 paylines, therefore that number also stays the same. If you align 3-5 symbols on a line from left to right, adjacently, you can win if you match them.

Even though there aren't many bonus features, the 12 unique symbols have the ability to start respins or a powerful bonus round. As the greatest win possibility in this case can go up to 100,000 times the stake, the prizes could be enormous.

Like the previous two releases, the Money Train 3 slot online has a strong prospective. However, this time the reels are mounted on a locomotive in what appears to be a laboratory rather than the Wild West. There is a skull at the front of the car, adding mystery to the design by Relax Gaming, but there are other details that raise more doubts about the plot.

The setting is different and situated close to watermills in the bonus round. Exceptional animations are complemented by a stirring soundtrack, which enhances the player experience.

The low-paying diamonds, clubs, hearts, and spades have values for a full payline that range from 3x to 5x the wager. For a payline full of matching symbols, the high-paying 4-character symbols could pay 8x to 20x the wager.

The wilds play the normal role of substituting regular pay symbols in winning combinations and paying as the top paying symbol to complete the paytable.

The RTP for Money Train 3 online slot is 96.10 percent, which is higher than the industry standard.

A small betting range is combined with a remarkable win potential of up to 100,000 times the initial investment. A minimum of.10 or a maximum of 10 can be wagered on each spin.

When a spin ends in a loss, a random symbol type in view is chosen to become sticky as part of the Respin functionality. As long as fresh sticky symbols keep appearing, you gain new respins. Additionally, non-sticky x1, x2, and x3 multiplier symbols may also show up to raise the overall win multiplier. When no additional sticky symbols appear or if the grid is filled, you receive the complete win.

At least three bonus scatters must appear in view for the Money Cart Bonus Round to start, however persistent gold symbols can substitute for bonus symbols to speed up the process. The triggering symbols stick around and reveal a monetary value that ranges from 1x to 10x your wager. With each new sticky sign you land, the score is reset and you are granted 3 respins.

Money Train 3 slot machine is engrossing and enjoyable. The characters are wonderfully developed, and the game has a terrific pace and feel. The base game is respectable, and the sole element not related to the main draw is the sticky symbol streak respins function with a potential multiplier buildup. The extraordinary potential of 100,000x makes it worthwhile to try. Play Money train 3 and win.