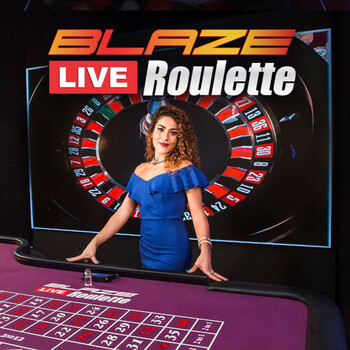 Produced by
Authentic Gaming
Blaze Roulette is a live table game developed by Authentic Gaming. It follows the basic rules of European Roulette, but it is played in a show-like environment. The game has several features that are quite different from many other roulette games found online. This article describes all the features that have been added to the game as well as gameplay. 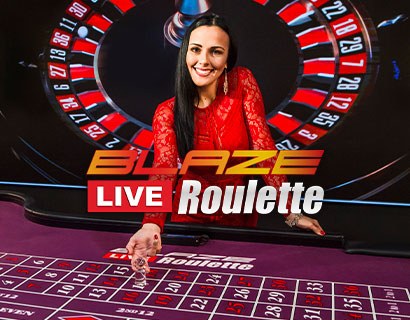 Since the game is similar to European Roulette, there are 37 total numbered pockets in the wheel. The game uses a human presenter who is not regarded as a croupier since he does not touch the roulette ball. The role of the presenter is to conduct the game by interacting with the players and announcing the winning numbers. Play Blaze Roulette at the comfort of your home.

Authentic Gaming has designed the game in such a way that it can be played not only on desktops but also on mobile devices. As a live dealer game, Blaze roulette is hosted in the studio of the developer. The multiple camera angles show the entire roulette wheel and studio environment. You can play Blaze Roulette online to familiarize yourself with the gameplay and features.

The spinning of the wheel is automated, and the betting limit is flexible. Players can play Blaze Roulette online with a minimum of £0.20, while the maximum allowed bet is £1,000. Betting is permitted only when the betting period is active. There are different kinds of bets allowed. Players can place Inside Bets, Outside Bets as well as Call Bets.

Authentic Gaming has included several features to the game to make it more fun for players. The game comes with a glass table layout that has an LED board, and the presenter closes the bets by merely pressing a button on the table. The developer also adds a statistics section to the game where statistics of the last 250 rounds are displayed.

Among the details in the statistics, the section includes winning percentages and losing percentages, hot numbers, and cold numbers. As the name implies, Blaze Roulette is a fast-paced roulette game, and it takes less than a minute between each spin for players to place their bets. In terms of audio, the spinning effect and the presenter can be heard clearly in every instance of the game.

Blaze Roulette also comes with a customization feature for controlling the volume of the sound. It also allows players to choose their preferred camera view. The game was released in July 2018 and unlike some other roulette, players are allowed to place multiple bets simultaneously in a game round. The developer also adds an undo and x2 button to the game to improve the playing experience.

Blaze Roulette has an RTP of 97.30% which means that the house edge is 2.70%. Since the game comes with standard bet types such as straight bets, colour bets, split bets and so on, players will find it easy to play. The game's compatibility on mobile devices will also give players a chance to play it on the go. Why not try your luck on Blaze Roulette today!