Produced by
Games Global
Launched in 2011 by Games Global - A time vampire television shows were at their peak, Immortal Romance can be enjoyed by people who love watching vampire television shows and movies as the games' vampire theme has been executed perfectly, and, for players who have enjoyed playing Thunderstruck 2, then Immortal Romance slot will definitely be fascinating as the game features almost similar technical features. 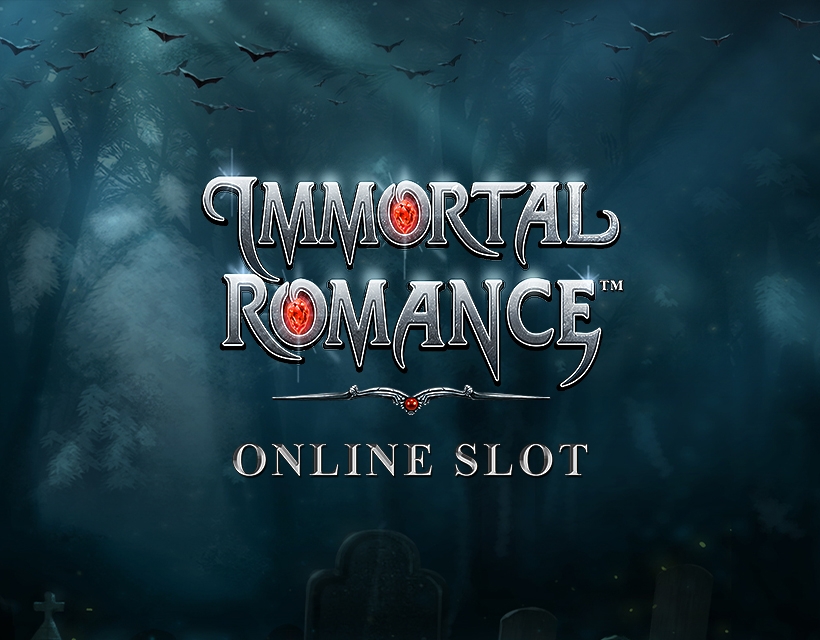 Swoop into the Gothic world of Immortal Romance

In order to play Immortal Romance slot, the player needs to know about the story of the video slot about the relationship between a vampire and a mortal girl. The action unfolds around Sarah, a young scientist who's working with Michael, an eight-hundred-year-old vampire and Troy, a younger vampire who falls in love with Sarah whereby, a fight is coming between Troy and Michael.

Immortal Romance slot is designed in Gothic style with dark colours, gloomy music, gravestones, burning candles and impregnable castles. Additionally, the game comes with a 5 reel board with 3 rows and about 243 paylines, and gamblers can play Immortal Romance slot online as the game is supported on devices compatible with Android, iOS and Windows operating systems without the need to download it.

The game is simply designed, as most of the buttons are hidden and only the most necessary ones are displayed. Players who play Immortal Romance online will meet bonus features and symbols such as free spins, the wild symbol and a jackpot with the inclusion of a bonus game although, to play Immortal Romance slot online, requires patience as it's a high variance game.

In Immortal Romance, the game's logo serves as its wild symbol which has a capability of paying about 50 times a player's bet. To trigger this, a player just needs to land 5 of them on a pay line. The wild is the highest paying symbol, which is capable of replacing other symbols for winning combinations and also pays double when it's involved in a winning combination.

In the base game, players will come across the Wild Desire Feature, and when players trigger it, up to 5 reels may be turned to wilds. Here, players also stand a chance of winning up to 1,500 times their total stake if they manage to trigger this feature. Additionally, when this feature is unlocked, players can't trigger the free spins feature.

Finally, there is the Chamber of Spins which unlocks extra cash plus free spins. Players enter this feature if they get 3 or more Lion Door Knocker symbols. The Amber feature gets 10 free spins and a 5x multiplier. The Troy feature gives 15 free spins, and the Vampire Bats bring a 6x multiplier. There’s also Michael and Sarah features with 20 and 25 free spins, respectively.

Immortal Romance isn't Games Global’s most played slot for nothing. It has a lot to offer players hence branded an icon. The gameplay is impressive, with a beautiful accompanying soundtrack. They offer pretty neat bonus rounds and free spins. With an RTP of 96.8%, it’s not easy for players to fault Immortal Romance. Those who know more about good slot games will describe this as a pure masterpiece.