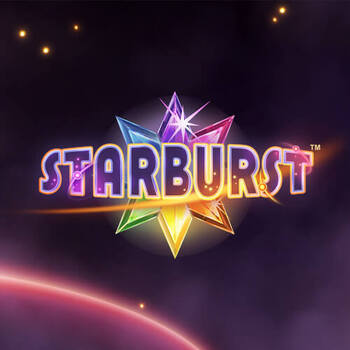 Produced by
NetEnt
Starburst is a 5-reel, 3-row video slot that has several exciting features including Win Both Ways and the expanding Starburst Wild. 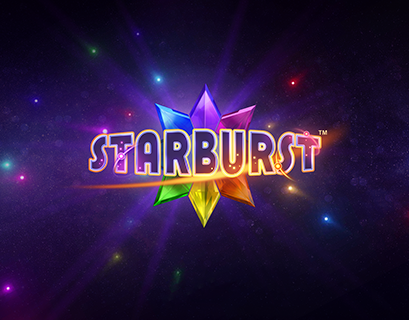 If you enjoy high-paced energizing slots, Starburst offers many fun features that make playing the game an unforgettable experience. And of course, the potential for huge wins is astronomical! Win anticipation is cranked up to maximum. Arcade-like light effects follow wins, and the Big Win presentation is truly a sight to behold: blasts of light, flashing text, electrifying sounds - it's a rush like no other. There's no secret recipe that makes a slot game great. The magic of Starburst is not easy to put your finger on. But we think the famous Starburst Wilds might have something to do with it. One or more Starburst Wilds appear on reels 2,3, or 4 and Presto! - the Starburst Wild feature gets activated. When the stars align to launch this feature, Starburst Wilds expand to cover the entire reel and remain in place while the other reels re-spin. So what happens if a new Starburst Wild feature appears during a re-spin? It expands and holds in place together with any previously expanded Starburst Wilds for another re-spin. Now you can play Starburst slots online on tablet mobile and desktop, anytime you choose.

If you enjoy Starburst Slot, why not try some other games from NetEnt, like Twin Spin Megaways, Finn and the Swirly Spin or Neon Staxx.