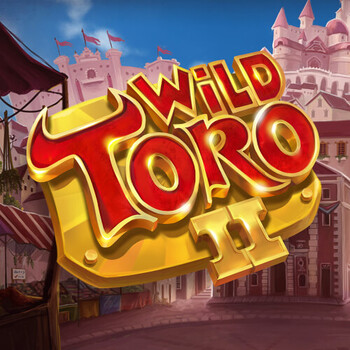 The updated version of Wild Toro, Wild Toro II, reveals that Matador and Toro aren't best friends. The game has a 5x5 game panel with 259 ways to win. The game has Return to Player rate of 95%, but the volatility has gone up to a high volatile math model.

The game has eight symbols, with four Ribbon-Adorned J-A royals serving as the low payouts and the four high payouts being Silver coins, Gold coins, Knifed oranges, and Flowers. For a 5-of-a-kind winning line, high-value symbols can payout 1.2x to 5x times the wager. The Golden Matador symbol is a walking wild with a progressive multiplier. A minimum of one Matador symbol must land in order to activate Expanding Matador Respins, which add an additional row of symbols up to eight spots high, giving players a maximum of 502 chances to win. Each time the Matador symbols travel one reel to the left, a respin is triggered until they drop off the panel. This can be extended by new Matadors landing on a respin and Golden Matador's multiplier rises by one for each step it takes. Meanwhile, Toro the bull grants respins as he goes to the left across the reels. The Toro Goes Berserk feature activates when both Toro and the Matador are visible at the same time. As Toro approaches the Matador, he leaves a trail of typical wild symbols in his wake. The progressive multiplier is given to Toro after he defeats a Golden Matador. During respins, if additional Toro symbols show up, then they take the current multiplier from the existing Toro. Lookout for Black Matador symbol as this one also causes Toro Goes Berserk, respins, and reel expansions when it appears. But it also serves as a blocker, so it cannot finish off wins alone.

Register at Genting Casino to try this revamped version of Wild Toro, playable on all mobile devices. Just watch out not to play more than necessary in your attempt to win rewards.