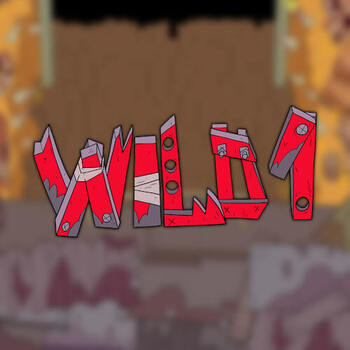 Produced by
Yggdrasil
Peter & Sons has made their latest slot title named the Wild One, this forthcoming game uses 1,024 pay ways, an RTP of 94%, and a maximum win of 5,000x. Peter & Sons seem to love including a tonne of features and modifiers in their slots, and Wild One slot looks set to continue this tradition. The games paytable promises a “signature” Wild Reel feature which can include several different types of wild symbol as well as a “Bomb Feature” which is triggered as a kind of consolation prize for hitting two scatters, and a free spins bonus feature with several features which can be unlocked.

The Wild One slot game has a sad story to go with it. It tells the story of survivors who have managed to survive some grand collapse and are now coming out of the woodworks to revive some old clans and kick off new wars.

However, while the story itself may sound a tad sad, this game is mostly about rock n roll, where we have the main protagonists rocking out in a car graveyard. Along the way, you will come across cascading reels, various wilds, multipliers and free spins bonus rounds.

The four card suits and crosses are the low-pay symbols in the paytable of the Wild One game. Moreover, the Drivers in different colours (red, yellow, blue, green and white) are premium symbols, providing higher payouts.

Various Skull Wilds are possible to land, replacing all regulars in creating winning combinations. They include standard, Unbreakable and Expanding Wilds.

Biohazard Scatters activate the Free Spins round when they appear on the reels. We cannot say how much the symbols pay before we taste the game for ourselves. We hope we will have the opportunity to sink our teeth in it soon.

The cascades enter the fray whenever you generate a winning combo in the Wild One slot online, with the winning icons vanishing from the screen. The new symbols fall into their places, allowing you to win again. The process repeats until there are no more winning combos in the Wild One online slot.

Furthermore, the Wild Reel is located above the normal ones, landing all three types and blanks. Four different tiers can be on the reel, with two bomb features upgrading the tier.

Tier 0 lands exclusively normal Wilds and blanks, with the next one adding Multipliers to the mix. Tier 2 adds Unbreakable Wilds, while the last one also has Expanding ones, completing the collection.

The Bomb feature triggers when two Scatter symbols hit the reels of the Wild One slot machine, causing the two icons and their eight surrounding symbols to explode. The process starts a new cascade, and the tiers upgrade upon activating two Bomb features.

Wild One at Genting Casino

Players can play Wild One slot at Genting Casino. Genting Casino is licensed and regulated by the UK Gaming Commission. The site is home to hundreds of popular game titles which includes table games, live games and sportsbooks. They cover a lot of sports extensively for their sportsbook.

Play Wild One and get to win lots of wild, exciting prizes.