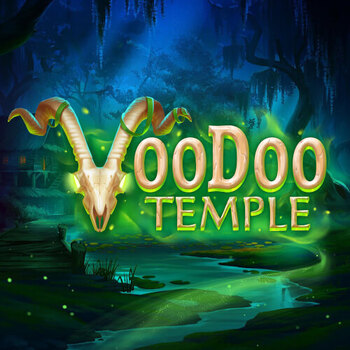 Experience  modern look and exceptional music that bring a mystic feeling in Voodoo Temple. It’s set in what looks to be a small wooden house with a window exposing the night sky outside. Voodoo Temple is a video slot with 5 reels, 3 rows and 243 ways to pay. Match two or more successive symbols in any row from the leftmost reel for a win. Six gemstones of various hues make up the lower-paying symbols. This slot has 3 features which are Multiplier boost, Shadow spin and Shadow bet.

To the left of the reels is where you'll find the Shadow Bet button. By pressing it, the player doubles the odds of activating the Shadow Spins and increases the stake by 20%. The symbols' worth is the same as it was prior to the Shadow Bet's activation, but the Return to Player rate has increased from 96.50% to 97% due to the potential for large Shadow winnings. The bets can be from 0.01 to 50.

Set your budget and register to play Voodoo Temple at Genting Casino, which is available on any mobile device. Just be careful not to play more than is absolutely essential in your quest to get prizes.