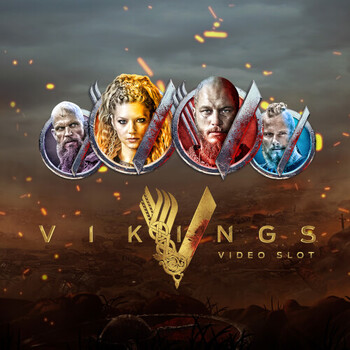 Produced by
NetEnt
The Vikings online slot has 243 ways to win, but in the Raid Free Spins, the number of ways to win increases to 78,125, with the possibility to pay 10,000x the wager on a single spin. This slot is based on the show and takes players back in time to the Viking period. 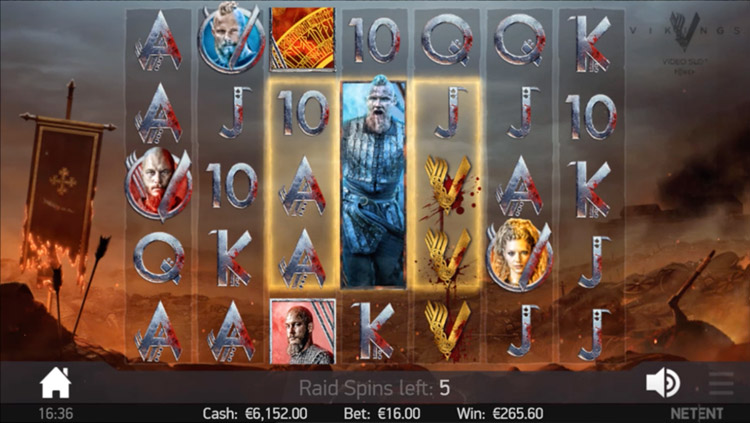 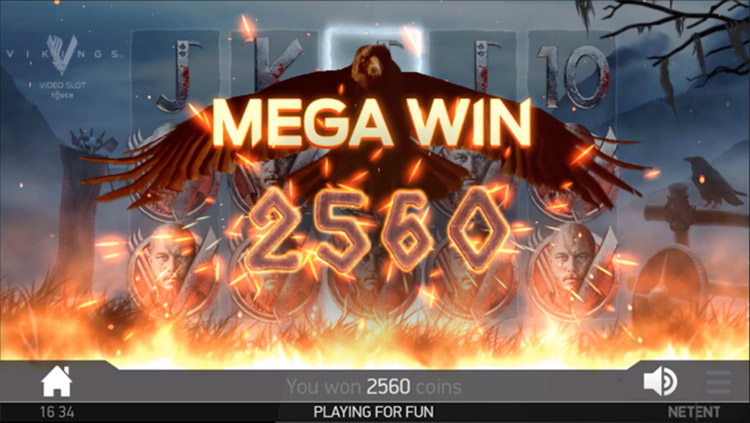 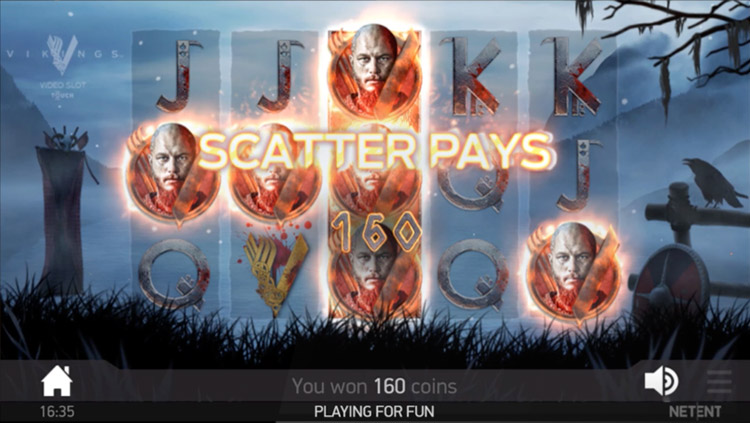 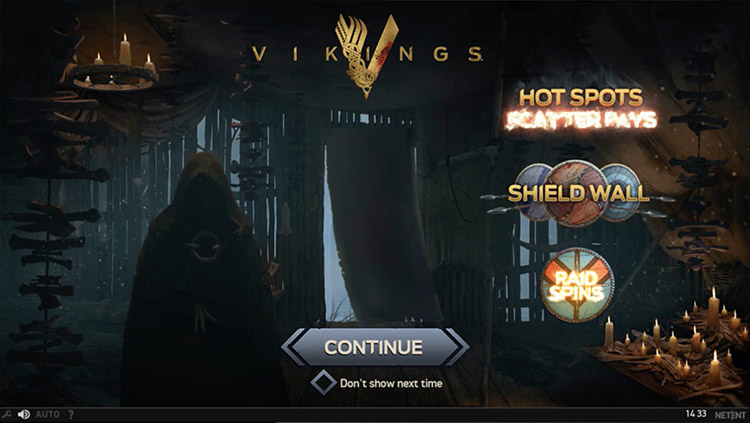 The Vikings slot game is a NetEnt game based on the TV show with 5 to 7 reels and 243 to 78,125 ways to win. You join Floki, Bjorn, Lagertha, and Ragnar in this epic release, which is playable for .20 a spin on all devices. It has a Hotspot function, which allows Viking slot game symbols to become the Scatter symbol for Scatter payouts. There’s a randomly triggered Shield Wall feature where mystery symbols turn into another symbol. The Raid Spins feature is the star of the show. 7 Raid Spins on a 7 reel, 78,125 ways to win-reel set with 3 Hotspots are included in this package. This enables for up to 27 Viking symbols for prizes of up to 10,000 x stake per spin. The RTP of this medium-to-high-variance game is set at 96.05%.

The middle reel is identified as a Hotspot throughout the base game. When a complete stacked symbol hits on the hotspot, it transforms into all of the other character symbols, awarding a scatter reward.

A number of shields will emerge on the reels at random intervals, forming a wall. The places that have been covered will all display the same high-paying symbol when they vanish.

The Raid Spins bonus is triggered when you land three or more shield icons on the reels. The game expands to 7 reels during this round, giving you many more possibilities to win big. The hotspot now covers nine locations on the reels, improving your chances to trigger changing symbols and possible wins. 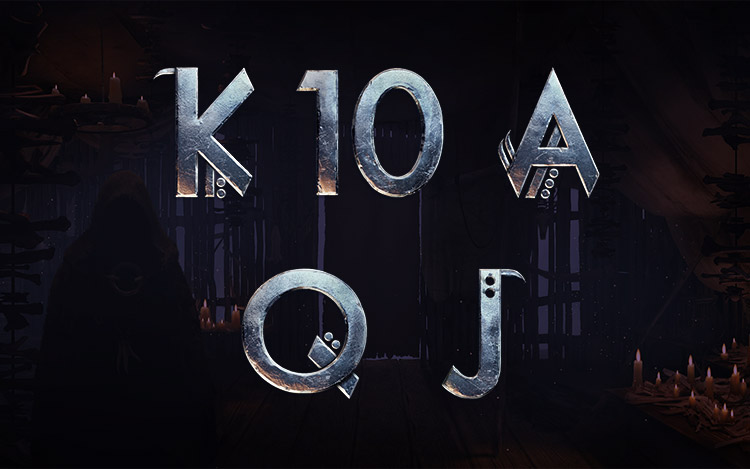 How to Play Vikings Slot Online

When you play Vikings slot it offers 243 ways to win initially, which implies that you have a large betting range accessible. You deposit a single wager on the whole set of reels to access all potential winning ways, rather than multiplying your line by the number of paylines in the game. Vikings slot online is available at stakes ranging from .20 to 100 per spin. The stake is simple to set because all you have to do is use the buttons below the reels to toggle the different values up and down. If you want to go for it at the top of the scale, you may also hit the Max Bet option. When you choose Autoplay, you'll be able to select a number of spins to play, all at the same wager value, making it even easier.

There are ten symbols in the game. Currently, there are five of these that have a low price tag. The traditional 10, J, Q, K, and A playing cards are used to depict them, but they're covered with blood and fashioned of steel here. Vikings is able to employ some of the renowned characters from the series for the high-paying symbols because it is a branded and licensed game. The Vikings logo is the highest-paid symbol. It has a value of 0.5x for every five.

During the Free Spins bonus and the base game, these premium symbols are stacked on the reels. There is no such thing as a Wild symbol. Players will see that reel 3 is lighted by a vivid electric field during the game.

What is the maximum bet for Vikings?

The maximum bet for Vikings is 100.

What is the minimum bet for Vikings?

Can I play Vikings on mobile?

Yes, you can. Vikings is HTML5 ready and playable both in mobile and PC.

What is the RTP of Vikings?

What is the biggest potential win for Vikings?

The biggest potential win for Vikings is 10,000 times the stake per spin.

NetEnt (NetEntertainment) began operations in Sweden in 1996 and has grown steadily since then, breaking into the lucrative US market in 2015. NetEnt had two online casinos in its early days, which it ran until they were sold in 2006. Swirly Spins, Cluster Pays, and Infinireels are just a few of Netnet's industry-leading mechanisms that have revolutionised the way many modern slot games are played. NetEnt offers approximately 200 games in its catalogue, and their systems processed 58.3 billion gaming transactions in 2019. Over the years, NetEnt has produced a slew of successful games, including Dazzle Me Megaways, Gonzos Quest, and Divine Fortune Megaways.

One of the slots offered at Genting Casino is the Vikings game. With a payout of 10,000 times your wager every spin, it offers a possible win. The site, which has a great design, you may play a variety of table games and live casino games. From simple games to video slots with a range of prizes and features, everyone can enjoy a game or two. On your Android or Apple phone, you may play Vikings slot.