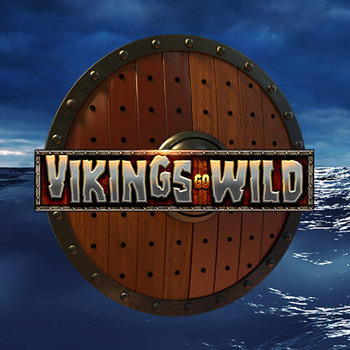 Produced by
Yggdrasil
All aboard for another adventure with the Vikings as they sail across the intimidating ocean in search of treasure - but watch out! T

Vikings Go Wild slots online is a thrill-a-minute caper with big-pay potential. Vikings Go Wild comprises five reels and 25 paylines. There are eight regular symbols that win if three or more are lined up in sequence on a payline. There is a wild symbol that substitutes for all symbols except Freespin and Treasure Chest. But there is plenty of pillaging pay-out potential to be had when you trigger the Freespin mode, which can be reached when three or more Freespin symbols appear.

The Viking symbols try to fight off the sea creature when they land on the reels. If a Viking manages to successfully slay the monstrous beastie, it transforms into a wild that sticks on the reels. If not, it will remain a Viking symbol. The furious fight sequence occurs before the wins are paid out for the spin - and it's unmissable, adrenaline-pumping stuff.

The action on Vikings Go Wild slots is immense. This medium- to-high volatility game invokes the motion of the ocean, and focusses on the extraordinary opportunity to get sticky wilds on the reel for the entire Free Spin round - with anything from eight to 12 free spins awarded. Survive the sea monster and you'll have every chance of plundering the profitable spins.

Play Vikings Go Wild slots online and on the fifth reel there is a Treasure Chest symbol that can award Free Spins or a coin win during the main game - anything from 50 to1000 coin wins. It is well worth braving the briny for!

In Free Spins, the heaving Treasure Chest can also award a wild reel, making an entire reel turn into wild until the end of Free Spins. The wild reel is randomly chosen between the first four reels.

If you want to let out your wild side and are up for some pure swashbuckling shenanigans on the high seas, Vikings Go Wild slots is simply ravaging good fun. And even if you are a land-locked land-lubber, you can now play on desktop, tablet and mobile devices. Skol.