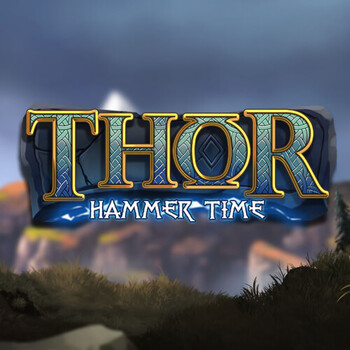 Produced by
No Limit
Playtech is a top developer in the iGaming industry with several incredible games in its arsenal. One such is the Thor slot which is themed after the mythic Thunder God of Asgard in Marvel Comics. The game comes with a 3x5 layout and has several features that make it worthwhile to play. It also offers good payouts, and the betting limit is flexible.

Thor is an online slot with 3 rows, 5 reels and 30 fixed paylines. Betting in the game starts from 0.01 coins up to 20 coins per spin. This betting limit accommodates both low stakers and high rollers. As for the maximum win, the developer has set it to 5,000 coins. Players can play Thor on their mobile devices and desktop computers.

Following the game's theme, the different high-paying symbols that populate the reels of Thor slot online include Loki, Heimdall, Odin and Jame Foster. As for the low-paying symbols, they are the regular royal card suite Ace to 10. The game also comes with special symbols such as the Thor acting as the wild and the iconic Mjolrin hammer representing the scatter.

Apart from all the different symbols available in the game, Playtech has also set the Return to Player percentage of Thor to 93%. While this is quite low, the maximum win offered makes the game worthwhile. In addition, it is a medium volatility game, which means that the risk involved is moderate. Why not play Thor slot for real money at Gettingbet today!

To make the game interesting to play, Playtech has included several special features. When the Thor wild icon appears on the 2nd reel, it activates the Thunderstorm Respin feature. Here, the wild sticks to its position on the reels and players can get a re-spin round. If the wild icon shows up on the 4th reel, it triggers the Lightning free spin round.

In this round, 1 re-spin is awarded with 2 to 5 wilds guaranteed. Thor wild symbol can also substitute other regular symbols to form a winning sequence. Another bonus feature that the developer added to the game is the Rainbow Bridge feature. This feature is triggered when Heimdall icons appear on the middle reels. A new screen appears with different kinds of awards to be grabbed.

The Jutenhiam free games option can be triggered in the Rainbow Bridge mode, and it gives unlimited free spins until a Heimdall icon appears on the middle reels. Here, the Laufey image is added along with regular wilds, and they are sticky. The Earth Free games feature also offer unlimited free spins like the Jutenhiam option but with a destroyer that can appear on the 5th reel.

In addition to the different special features in the game, an Autoplay option lets players set the reels to spin automatically. Playtech has done really well with the design of Thor online slot. The maximum win of 5,000 coins that the game offers as well as the smooth gameplay are .evident to this claim. So, why not consider playing the Thor slot today!