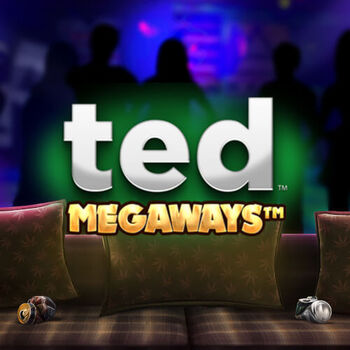 From the highly innovative developers at Blueprint, comes another intriguing game. It is the Ted Megaways slot, a release that inspired by the 2012 Hollywood movie with a similar name. Central to the action is Ted, the foul-mouthed and rude teddy bear who will deliver some exciting goodies. They include Mystery symbols, multipliers, free spins Cascading Reels and many more.

Get thrilling extras in the Ted Megaways slot

Players can play Ted Megaways video slot with 6 reels and a maximum of 117,649 paylines. However, the number of paylines available depends on the number of symbols that land on the grid. This means landing more symbols will result in more paylines. The slot game comes with an about average RTP rate of 96.03% and medium to high volatility.

Players will come across different symbols when they play Ted Megaways slot. They include Ace to 9 cards, alongside beer bottles, a swan, Tami-Lynn, the game's logo and Ted. The symbol with the biggest payouts is the game's logo which is worth 50x the stake. Ted himself does the work of replacing other symbols as this symbol serves as the game's wild.

One of the most popular bonus features in the video slots world is the Cascading Reels feature. It is also available in the Ted Megaways slot and triggers when a winning combination made up of identical symbols lands on the grid. As a result, all triggering symbols disappear from the grid with new ones appearing to replace them. This feature continues until no more wins are possible.

Another feature is the Mystery Symbols feature. It launches randomly during a spin either in the main round or the bonus game. When this occurs, Ted jumps on the grid and shoots with his gun, adding some mystery symbols on the reels. The mystery symbols then change into standard symbols and a payout occurs with these new symbols in position on the grid.

Lastly, there is the Thunder Buddies Bonus feature which activates when players land multiple scatter symbols on the reels. Here, 12 free spins will be awarded but more can be won by spinning the Thunder Wheel. What's great is that the free spins feature comes with a 1x multiplier which increases with every win. What's more, the multiplier doesn't have a maximum limit.

The volatility of Ted Megaways will definitely suit casual players while the 50,000x jackpot will appeal to the big spenders. Talking of features, there is a lot to entertain any video slot enthusiast. From Free Spins and Mystery Symbols to Cascading Reels and Multipliers, everything that a player wants is here in this game. Ted Megaways slot is available to play at Genting Casino.