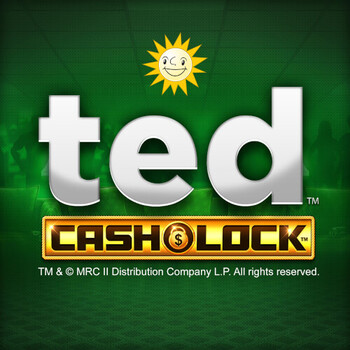 Produced by
Blue Print
The Blueprint Gaming created slot machine Ted Cash Lock game. Ted Cash Lock online, the follow-up to one of the most popular slots in the company's history, has five reels, twenty paylines, and a ton of bonus features. When you spin the Thunder Buddies Bonus wheel, you can choose from one of three bonus spins rounds with enhanced gaming possibilities, and when you collect Psychedelic Ted symbols, you could win a cash award right away. It's time to join the bear on another journey with maximum wins of 50,000 times your wager, an RTP of 93.09%, and strong volatility. Play Ted Cash Lock to know more.

Ted's adventures are available for you to join for 0.10 to 100 each spin. It's easy to change your stake as well. A selection of pre-set bet sizes appears when you click the coins icon in the left-hand corner. Additionally, Ted Cash Lock has a Thunder Bet added bonus function. Your cost each spin goes up by 25% (from 1 to 1.25), but your chance of getting a bonus is increased.

The Ted Cash Lock slot machine, as one might anticipate, is based on Seth MacFarlane's film Ted.

Aside from the extra scatters, the wild symbol also functions as a stand-in for all other symbols. Additionally, it pays out 2.5, 12.5 or 25 times your total bet if you win 3, 4, or 5 on a winline.

There are 5 extra features in the Ted Cash Lock. Ted can show up at any time during the base game and add extra scatter symbols to the reels. Either the Bonus symbols or the Psychedelic Ted symbols can be among them. Your likelihood of starting a bonus spins round is boosted because of these extra symbols.

Ted can show up at any time during the base game and add extra scatter symbols to the reels. Either the Bonus symbols or the Psychedelic Ted symbols can be among them. Your likelihood of starting a bonus spins round is boosted because of these extra symbols.

Ted also has the option of rearranging the symbols to create a winning combination following a non-winning spin. However, we're pleased to note that both of these modifiers appear at random.

The bonus spins round is initiated by landing six or more Psychedelic Ted scatter symbols during the base game. With 1 spin awarded for each scatter symbol, there are initially a minimum of 6 bonus spins available.

You are given the opportunity to spin the "Ted Bonus Wheel" when you land three or more Thunder Buddies Bonus scatters during the base game.

Overall, the Ted Cash Lock is entertaining and packed with fun extra features. Fans of the Ted flicks will undoubtedly enjoy it, but we're not entirely convinced. The base game is rewarding and the bonus features will keep players afloat. The game has a max win of 50,000x the bet and surely a must try. Play Ted Cash Lock and win.