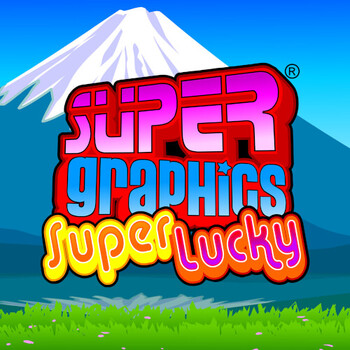 Produced by
Realistic Gaming
Super Graphics Super Lucky slot is one of the best video slot developed by Realistic Games. The game is developed with 3 reels and a theme that sits between a pub fruit machine and Japanese manga. Players who decide to play this game will interact with quality features such as the free spins feature. We will explore additional features for you. 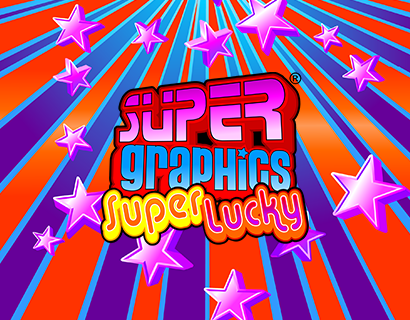 'Super Graphics Super Lucky' was launched on March 2015 by Realistic Games. Realistic Games is a Britain-based software developer that has a reputation for supplying quality games. The game is developed with 3 reels and 5 paylines. This means that there are 5 possible winning combinations from it. Gamblers who play Super Graphics Super Lucky slot will interact with an RTP of 95.35%.

Those who play Super Graphics Super Lucky slot online stand a chance of winning a maximum of 50000. There is also a maximum jackpot in coins of 1250. Reels in this game are enclosed in a transparent frame, which resembles a TV screen. There is also an auto betting feature which allows players to activate 100, 50, 25 or 10 rounds in quick succession.

The game has a bonus game and a base game. Each of the two games offers you a chance to win real money. The base game is very easy as all players have to do is to match winning combinations to trigger cash-outs. Players can spin the reels manually or use an autoplay feature. However, the game doesn't include wilds.

The best paying symbol is the red 7s. If a player lands 3 at once, they will get a 250x grand prize. Three oranges reward x3, three tomatoes x1 and three lemons x2. The second-best paying symbol is the watermelon, which rewards x20 for three. Grapes pay x4, while three bells will reward x5. Landing three on any active payline triggers several free spins.

Players stand a chance of getting 12 free spins and an equal payout top their total stake. Although the graphics aren't very special, gamblers are likely to interact with decent animations. Players will also see pink blossom trees, meadows and snow-capped mountains. 'Super Graphics Super Lucky' is designed to function well on desktop, mobile and tablet devices as well as Android, Windows and iOS systems.

For players who are looking for an old school fruity, classic slot with a twist, this is the perfect game for them. Although the graphics might disappoint, the game offers exceptional entertainment like no other. There are also exciting bonus features such as free spins. Players who decide to play this game must ensure that they gamble safely and responsibly. Good luck!