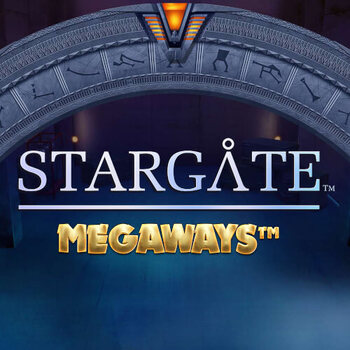 Stargate Megaways, a licensed slot game based on the sci-fi action movie that starred Kurt Russell in the main role as the no nonsense military man Colonel Jack O’Neil. Stargate was set in modern day Egypt where the device called Stargate was discovered. Upon experimentation it was found that the device was actually an interplanetary portal and unfortunately linked Earth to the alien world of Abydos. Fan or not you’ll still easily enjoy this slot game as it is loaded with features that are out of this world. Stargate Megaways has a very unique 6 x 4 reel with 4-tiled horizontal reel on top with the minimum bet starting at 0.20 upto a maximum of 10 per spin and has a varying 324 to 117,649 ways to win. The RTP plays around 96.13% and 96.78% when the Buy Pass is activated.

As with most Megaways slot games you will find the Cascade Feature as well here in Stargate Megaways that progresses the game to its bonus levels. The Cascade Feature removes the winning combination of symbols in view and new set symbols drop from above taking its place, if any winning combination is formed again the Cascade Feature will retrigger until no more winning combinations are made. You will notice a nine segmented trail on the left side of the reels, each winning Cascade will move the position of the Trail by 1. Reach the 5th segment and you will be rewarded with a random stake multiplier. Extra bonuses are awarded upon reaching the 7th segment or higher. A Buy Pass feature is available anytime allowing access to a certain position on the Trail, segments 5, 7, 8, or 8, will cost 31.5x, 45.5x, 72.5x, or 123.5x your stake.