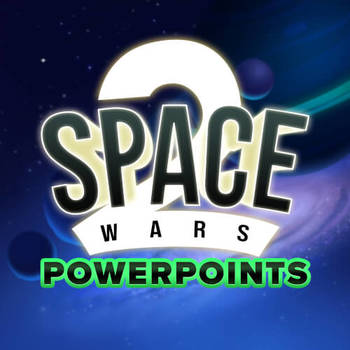 Blast off to space and encounter adorable aliens in this 6x6 cluster paying slot. Strap in to enjoy the special features such as Powerpoints, Column/Row Blasters, Zappers, Bombs, Wilds + Multiplier Wilds, Combos, Free Spins, and bonus buys. Start your voyage into space with bets from 0.20 to 100 per sin. Wins are formed by matching three or more symbols in horizontal or vertical lines. The reels contain rocks in various colors as the low pays, followed by multi-coloured aliens as the mid-values. The crystal is the highest paying symbol. When winning lines are formed, they are removed from the grid allowing for new symbols to drop down and potentially lead to new wins. Powerpoints are generated when winning combinations are formed and added to the meter for players to attain higher levels which increases the win multiplier.

A Column Blaster symbol is awarded after scoring a 4-symbol horizontal winning line. This removes all symbols except wilds or feature symbols from the corresponding row and adds Powerpoints to the meter.  In the free spins, Zappers are awarded when 5 to 8 symbols match. A special Bomb symbol is added to the grid for hitting a win consisting of vertical and horizontal matching symbols. Bombs explode after wins are paid, removing themselves and all symbols around them, adding points to the Powerpoints meter. A 3-symbol match has a wild symbol placed in one of the empty positions. In free spins, these added wilds may also possess a multiplier of x2, x3, x4, x5, x10, or x25. If Multiplier Wilds are used in a win, they multiply the number of Powerpoints awarded. When Column/Row Blasters, Zappers, or Bombs are adjacent to each other, they combine, increasing their power. Collect at least 1,000 Powerpoints, and free spins are awarded depending on how many points have accrued. Stump up 75x, 140x, or 250x the bet to buy 8, 12, or 16 free spins.

Register to Space Wars 2 Powerpoints on Genting Casino, playable on all mobile devices.  Know your limits and be clear about them before you start gambling.