Play Sisters of the Sun 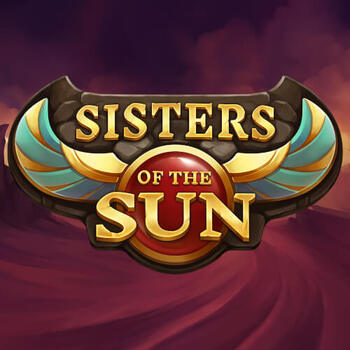 Produced by
Play N Go
The Sisters of the Sun slot features the sun-centric deities, Sekhmet, Hathor and Bastet. The three sisters will provide you with plenty of volatile grid slot action, with loads of modifiers and features. If a compelling ride through Ancient Egypt is your thing, then Sisters of the Sun is the perfect online slot for you, available on the Gentingbet casino site.

Beam yourself back to Ancient Egypt and its pantheon of animal-headed deities. Throughout this adventure, Sekhmet, Hathor and Bastet will help you through the action amongst the Ancient Egyptian deities, hence the Sisters of the Sun monocle.

Play Sisters of the Sun, and you will find Sekhmet, Hathor and Bastet, the principal characters of the game, who are also the premium symbols to look out for. The three sisters pay 10x your stake for five in a cluster. Apart from that, they also pay mixed, but only at 5x your stake for a combination of five different sisters.

When playing the Sisters of the Sun slot online, look out for the symbols of the three deities, Sekhmet, Hathor and Bastet. You will be in for an extremely volatile grid slot ride with plenty of action. This comes in all forms with cascading wins generating Wilds, but you will need winning combos above a random five-symbol Eye of Ra to increase the multiplier.

With a decent RTP of 94.2% and a high variance rate, play Sisters of the Sun slot, and you will have a good chance of winning, whatever the stakes. Additionally, you will find the gameplay to be fast and furious. Plenty of modifiers and a multitude of features will be at your fingertips; a thoroughly exciting and volatile fantasy slot.

Sisters of the Sun - Goddess Power

The three deities who are the slot's namesake, the Sisters of the Sun play a pivotal role in the game. The sisters, Sekhmet, Hathor and Bastet are the premium symbols. These symbols can generate several winning clusters and combinations, which make the game extremely playable. Clusters apart, there are several other features, amongst which are Wilds, Cascades, Goddess Power, and the Sisterhood feature.

The Cascading Mechanic comes into play whenever you land a winning combo, removing all winning symbols from the grid. New or existing symbols will drop to replace them. This process keeps happening as long as you keep winning. Removal of three symbols will generate the symbol of the Red Amulet, a Wild, in the vacant centre spot. Clearing the entire grid generates a 50x bonus prize.

As mentioned earlier, the three deities who are the Sisters of the Sun play a pivotal role in the game. The sisters are the premium symbols, and they will pay 10 x your stake for five in one cluster. The gods Sekhmet, Hathor and Bastet also pay mixed, but only 5x your stake for a combination of five different sisters, so a variety of winning clusters is possible.

In addition, the Goddess Power feature in Sisters of the Sun triggers randomly on non-winning spins. The resulting modifier depends on the sister deity handy at the time. Sekhmet will transform one symbol into another, and Hathor adds one or two wilds to the grid. Bastet removes two symbol types from the grid. This makes for a constantly changing scenario and adds a high degree of excitement to the game.

Sisters of the Sun is a compelling slot displayed in beautiful graphics. With its originally blended chaotic action, this slot is perhaps more suited to a player keen to take on a more challenging game for potentially higher winnings once he or she masters it. Great volatility, a decent RTP, and fast-changing action make Sisters of the Sun a definite attraction. Play it in the Gentingbet Casino online.