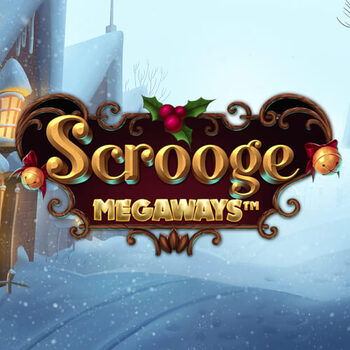 Produced by
iSoftBet
The Scrooge Megaways slot is the perfect slot machine for the festive season. Inspired by Charles Dickens’ world-renowned novel ‘A Christmas Carol’, this slot has Scrooge take center stage and is for once giving out cash prizes instead of keeping the money for himself. To find out more about this festive game, keep on reading.

The Scrooge Megaways slot machine is the creation of iSoftBet and as a Megaways slot has 6 reels with 3-7 rows which gives up to 117,649 different ways to win with each and every spin. Minimum wagers start at just 20p per spin and cap out at £200 per spin which means all players can get in on the Christmas magic. The Scrooge Megaways online slot has a theoretical return to player (RTP) of 95.98% which is slightly below the usual average. (This does increase to 97% with the Bonus Buy feature though). The Scrooge Megaways slot online is played at medium volatility and has a maximum payout of 12,000x stake.

Symbols used in the Scrooge Megaways slot game include low-paying playing cards 9-A, as well as medium-value symbols such as the ball and chain, cooked goose, and sleeping cap. The highest paying symbol is miser Ebeneezer himself who can pay up to 25x your stake. There’s also a wild symbol and a scatter symbol in play in the Scrooge Megaways slot.

The Wild symbol can stand-in for all other symbols aside from the scatter symbol and only appears on reels 2-5.

As a Megaways slot, the Scrooge Megaways game has cascading wins that see winning combinations removed from the reels and new combinations filling their place. This can lead to a chain reaction of wins and some big payouts.

Landing 5 scatter symbols will activate the Scrooge Cash Respins feature. The scatter symbols that were landed to activate this feature will be locked on the reels and have prize values attached to them. Players will then be given 3 respins. The aim is to land more scatters and each one that is landed will return the spin counter back to 3.

This is a randomly triggered feature that will give one of two modifiers. Players may be given the bonus award which will add scatters to the reels or will receive max mega ways which will have the machine spin with all its win ways active.

Lastly, there’s the bonus buy feature where players can fast track their way to Scrooge Cash Respins by paying 50x their wager.

Of course, you don’t just have to play the Scrooge Megaways slot machine at Christmastime. If the feeling strikes you you can play this great slot game all year round along with a huge mix of other slot games and table games at Genting Casino.