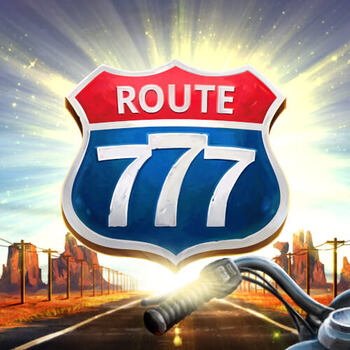 From New York to the West Coast, ride down the desert highway on Route 777 and journey to the golden gate bridge.

Route 777 is played in two modes which are the normal mode and the bonus mode with free spins. This game uses a 3-reel, 3-row set up, which comes with 17 connected paylines for scoring winning combinations. The game also offers twelve different bet levels for each currency. Exactly the same hits on the first two reels activates the overtake respins which gives the player five respins. During the overtake respins, the first two reels lock while the third reel spins normally. After every respin, the first two reels move one step downwards. When playing normal mode or during overtake respins, having 3 skull symbols in any of the reels activates the bonus mode giving the player five free spins. Having two skull symbols during bonus mode activates a random number of added free spins whereas having three skull symbols during bonus mode activates the Route 777 Fortune Wheel. The bonus mode ends either when there are no more free spins remaining or when the player has reached the maximum winnings. The Fortune Wheel spins are continuous until either a total of three sevens has been hit or the stop sign has been hit. Each hit during the Fortune Wheel session makes the wheel go up one level in the related win matrix. The total winnings are then collected after the last spin in the Fortuner Wheel session. Each bet is 100.00.

If for some reason, there happens to be a malfunction while playing Route 777, do not worry because all of the bets/winnings during that round will be voided. Remember never to go overboard with your bets and to always have fun while playing the game Route 777 here at Genting Casino!