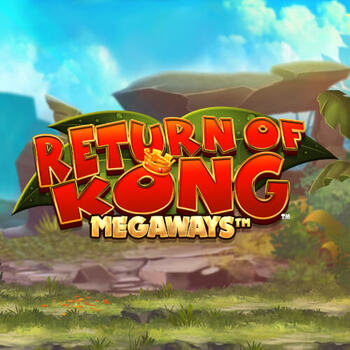 Produced by
Blue Print
The Return to Kong Megaways game follows the conventional configuration for a Megaways game. There are six reels in all, with a four-symbol window at the top of the screen that spins horizontally rather than vertically. With each spin, the amount of symbols that show on each of those six reels changes. This has an impact on the number of different ways you can put together a successful combination.

Blueprint Gaming has another popular slot in the Return of Kong Megaways game. It's a six-reel, cascading-wins slot with a maximum number of Megaways of 117,649. There are bets starting at .10 and going up to 10. The main game is made interesting by the Cascading reels feature and the constantly fluctuating paylines, as well as some interactions by Kong himself. Both Mystery symbols and a progressive multiplier are accessible to you here.

A Monkey Modifier, in which Kong lobs up to 100 barrels into the reels, is one of the game's highlights. These are then changed into the same matching symbol, and a reward is calculated. The Return of Kong Megaways slot has a shiny, high-spec look to it, as you'd expect from a Blueprint Gaming slot. This animated game is largely based on King Kong and is entertaining and colorful. The reels are made up of stone blocks that thump into position with each spin, set against a beautiful jungle backdrop, bordered by flaming torches. This is how the Return Of Kong Megaways slot online looks like when you play it.

Special features abound in the Return of Kong Megaways slot machine. The Mystery Barrels are one of the first elements you'll notice. Kong has the ability to toss up to 100 golden barrels onto the reels at any time. All of these barrels will become the same symbol. You have a better chance of winning if you can collect as many barrels as possible.

When you get a win, the symbols disappear and new ones appear. This could result in a second win on the same spin, as well as revealing the Scatters required to activate the free spins.

The four Scatters that spell out the word KONG must be landed to activate the free spins. You will then be awarded 12 Free spins, with each additional scatter awarding an extra 5. Collect the golden monkey Scatters for two additional free spins and an increase in the minimum Megaways. Finally, you have a win multiplier that is unrestricted. After each cascade, this will rise by one, probably opening up for wins. 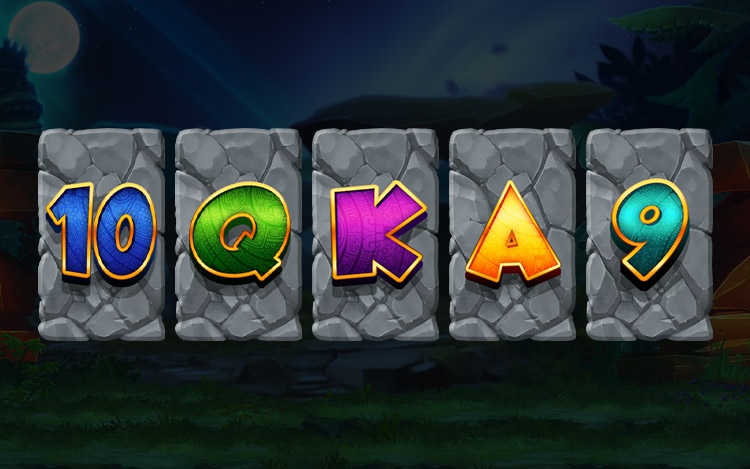 How to Play Return Of Kong Megaways Slot Online

The next step is to choose your bet level, which can ranges from .10 to 10, and then whether or not you want to use the autospins option. Manually spinning the reels is straightforward enough, but it might become tedious after a time. As a result, having the autoplay option is helpful. You can pick between 10 and 100 autospins by clicking the circular arrow button below the spin button. You can also set a win or loss limit, which will cause the autoplay feature to stop when these limitations are reached. These can also be set to "infinite," which means the autoplay feature will not stop until the specified number of spins has been completed.

What is the maximum bet for Return Of Kong Megaways?

The maximum bet for Return Of Kong Megaways is 10.

What is the minimum bet for Return Of Kong Megaways?

The minimum bet for Return Of Kong Megaways is .10.

Can I play Return Of Kong Megaways on mobile?

Yes, you can. Return of Kong Megaways is available on mobile and PC.

What is the RTP of Return Of Kong Megaways?

The RTP is 96.03 percent for Return Of Kong Megaways.

What is the biggest potential win for Return Of Kong Megaways?

About the Game Provider: BluePrint

Since 2008, Blueprint Gaming, a game production firm located in the United Kingdom with headquarters in Newark and Malta, has been a subsidiary of the Gauselmann Group in Germany. Gauselmann is a family-oriented entertainment company whose objective is to deliver engaging games with tiny prizes for small investments. Blueprint, as part of this group, creates and distributes its own original online slot games as well as games for other companies. Blueprint Gaming's diverse portfolio guarantees that the company has a broad appeal that appeals to all types of slot fans. All types of gamers can play the games they desire while remaining confident in the fact that production quality, fairness, and entertainment value will always be assured. Blueprint Technologies Ltd is licensed by the Malta Gaming Authority and popular slot titles created by this developer include Safari Gold Megaways, Wish Upon a Jackpot Megaways, and Thai Flower Megaways.

One of the various games offered at Genting Casino is the Return of Kong Megaways slot machine which may payout up to 10 000 times your bet. Visit the site, you can play a variety of table games and live casino games. Video slots with a selection of bonuses and features, there's something for everyone. You can play Return of Kong Megaways slot online on your smartphone or PC from the comfort of your own home. Enjoy this game and more at the Genting Casino website.