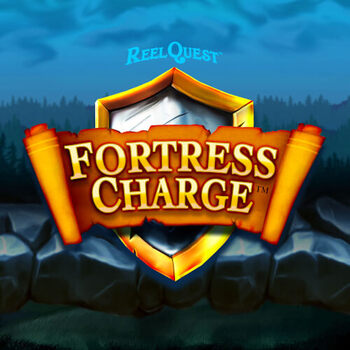 Produced by
MicroGaming
As you charge your way to riches, test your mettle against mythical opponents in Fortress Charge! With the REEL QUEST TM feature, Fortress Charge Reel Quest slot online gives adventure games a whole new meaning! Each hero symbol that appears on the reels fights its way across the reels, battling villains, hunting for wealth, and possibly reaching a valuable fortress. 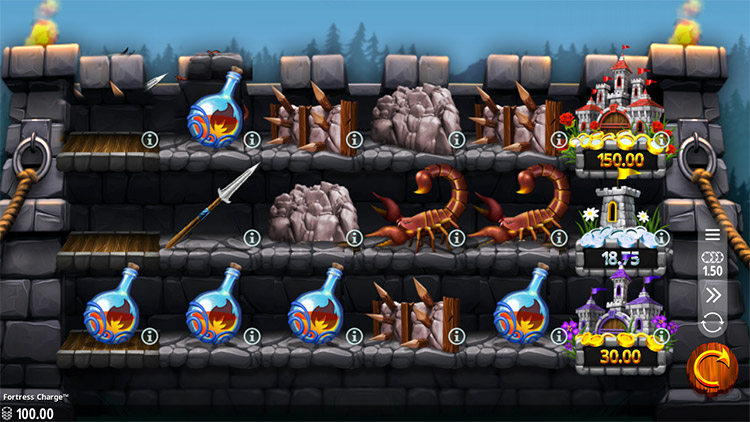 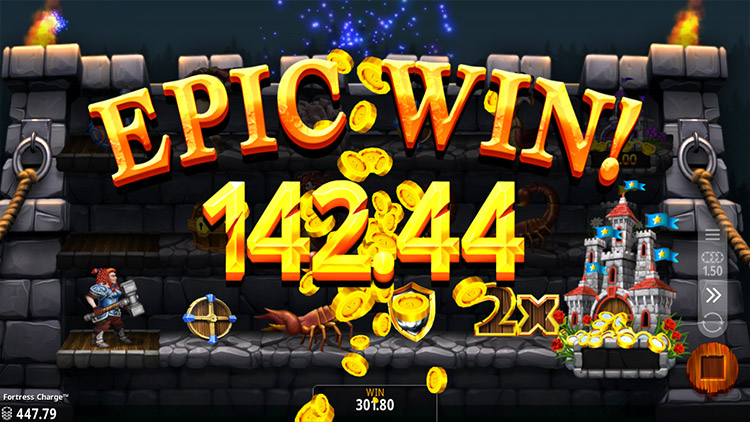 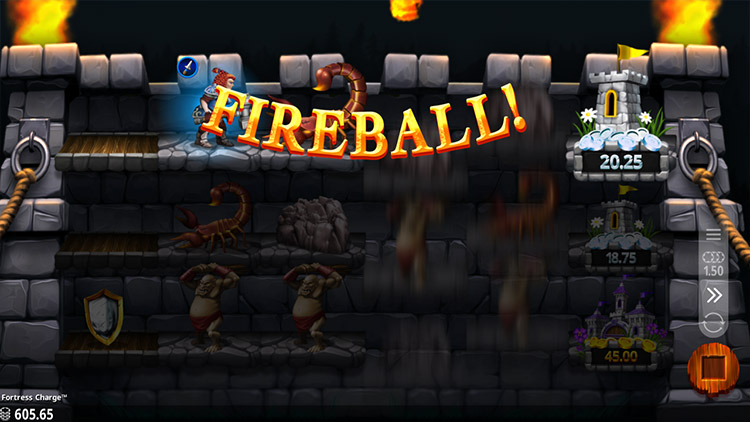 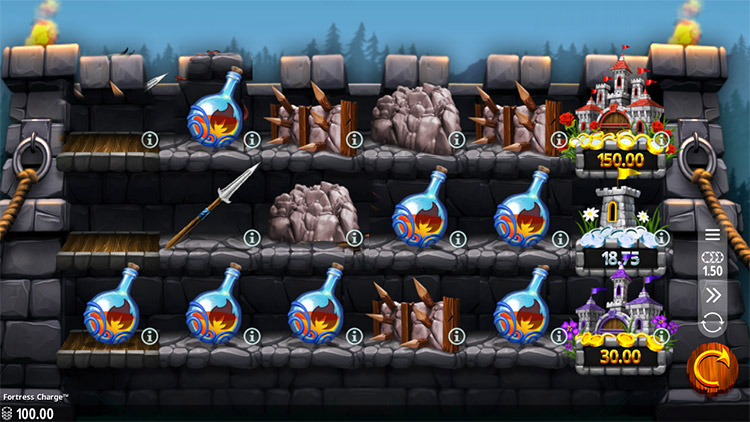 Fortress Charge Reel Quest slot game isn't just a beautiful, fantasy-themed slot game - it's a full adventure experience that will have any player embarking on a journey time and time again! Fortress Charge Real Quest online slot is from Crazy Tooth Studio. It has an exciting medieval theme in which you win by battling monsters and opening chests. This game allows you to wager between .10 and 15 coins every spin, with a top jackpot of 16000x. To win the fortress' wealth, you must storm the castle walls, defeating everyone who stands in your way. It may appear simple, but it is a difficult task. Within a gothic-styled 6x3 reel grid, the Fortress Charge Reel Quest slot machine offers three paylines. Let the combat begin by landing a hero on the first reel.

The Reel QuestTM feature is triggered when one, two, or three of the five heroes appear on the first reel. The hero must make it all the way from reel 1 to reel 6 in order to take the precious stronghold. Traps, obstructions, and adversaries can all get in the way of the hero, but you can also pick up armaments and other valuable objects to help you along the road.

There aren't any further features to discuss because there aren't any wilds or free spins. Instead, let's add a couple more regulations so you get to know the game a bit more. 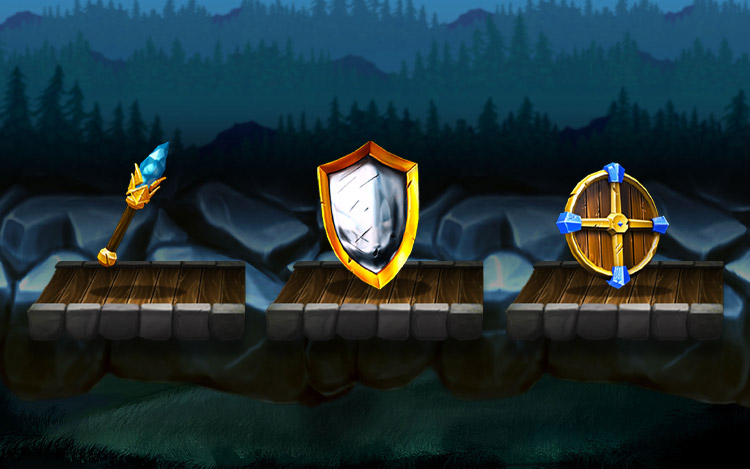 Playing a game like this for the first time usually appears to be a lot more difficult than it is. Even seasoned casino players should probably read up on how to play the Fortress Charge Reel Quest game before engaging their own heroes in real money combat. We'll go through all the basics with you here, so you'll be ready for the epic battle in no time. All of the menus are located on the right-hand side of the reels, and the hamburger menu leads to the paytable. Here you may learn everything there is to know about all of the heroes, enemies, and accessories, as well as how the Reel Quest feature works.

To win anything in this game, you need to land at least one hero on the first reel, as anything less is a dead spin. As you play, you'll unlock numerous achievements, but none of them is useful or valuable. You may activate the Quick spin option by clicking the double arrow icon above the wooden spin button, which speeds up the game. The next step is to pick your bet level, which can range from. 10 to 15 each spin, as well as the autoplay option, which can range from 10 to 100 auto spins. This feature can be disabled by setting a win/loss limit, and you can only turn on/off the sound in the game settings.

What is the maximum bet for the Fortress Charge Online slot?s?

The maximum bet for the Fortress Charge Online Slot is 15

What is the minimum bet for the Fortress Charge Online slot?

The minimum bet for the Fortress Charge Online Slot is .10

Can I play the Fortress Charge Online slot on mobile?

What is the RTP of the Fortress Charge Online slot?

The RTP for the Fortress Charge online slot is 96.45%

What is the biggest potential win for the Fortress Charge Online slot?

Since creating the first true casino software for the web in 1994, Microgaming has been regarded as a pioneer in the industry of online slots. Microgaming is the owner of one of the largest and most profitable progressive jackpot networks in the online slots industry. Microgaming's progressive jackpot network has paid out over £1 billion in rewards to players all over the world throughout the years. Every day, over 7000 wins are awarded over the numerous progressive networks. Microgaming offers over a dozen jackpot networks, including Wowpot, Major Millions, and Mega Moolah. Microgaming is known for their broad portfolio of slots, which are often built in conjunction with small development teams. Examples of popular slots that Microgaming has created incude; Monsters of Rock Megaways, Lara Croft: Temples and Tombs, and Maui Mischief.

Storm the fortress! This action-packed slot game is a treat for those who loved action-adventure games in the 90s. Play Fortress Charge Reel Quest and experience the game firsthand in order to fully appreciate it. The best place to experience it is via Genting Casino! With a selection as vast as a kingdom, Genting Casino offers an extensive variety of table games as well as live casino games!