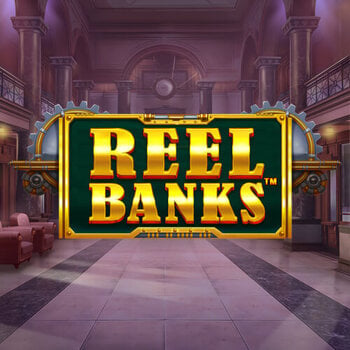 Produced by
Pragmatic
Explore the vault to see the treasures contained in Pragmatic Play's Reel Banks game. Playing on 5 reels and 25 paylines, this slot offers sophisticated bonus features suitable for ambitious bankers. The Money Collect feature awards multipliers up to 500x your stake. The free spins feature comes with modifier symbols that are guaranteed to increase your chances of winning. This game is exciting with 96.04 percent return to players, 5000x max win and high volatility. Play Reel Banks and know more.

The Reel Bank online offers relatively player-friendly gameplay with a simple 3-row 5-reel layout. By landing matching symbols on at least 3 consecutive reels, you can form winning combinations on 25 active paylines. This sequence of matching symbols must start on the first reel on the left.

In addition to this, Reel Banks slot machine also gives a wide range of betting choices with options suitable for most types of players. These options range from a minimum of 0.25 to a maximum of 125 per spin.

Banking is a retro slot theme and it makes sense because it embodies wealth and wealth - everything a slot should have. There are tall marble columns, vault doors, and tons of cash and bullion.

Set like a scene from Inside Man, but the brighter colours on the reels make the slot brighter. Low value symbols are represented by a deck of cards, while high value symbols include his 7, coin purse, stack of dollar bills, and gold. The highest paying symbol is the Banker himself and can win you up to 16x your stake.

There is also a wild symbol that substitutes for all other symbols except the scatter symbol. Wilds also pay 16x your bet when you land 5 on a payline.

This isn't the first bank-themed Pragmatic Play slot. Piggy Bank Bills and Empty the Bank are also based on the Insignia of Wealth and even have similar sentiments.

Reel Banks online game has an RTP rate of 96.04%, slightly above the industry average. The slot has high volatility, so you can spin without winning for a while, but when you finally land, the prize is bigger. The max win is earned via the free spins bonus feature. 5,000x your total bet.

In the vault of Reel Banks, there are bountiful riches in the form of 2 bonus features. The Money Collect feature gives you multipliers of up to 500 x your bet, but the Free Spins feature is where the real rewards happen.

The Money Collect feature is triggered when you land a Money symbol (represented by a coin) on the reels. The symbol can appear on reels 1-4 and has a multiplier between 1 and 500 times your stake.

The free spins feature also starts with the acquisition of Money symbols. You need to have at least 1 money symbol on every 5 reels to trigger this feature, and the spin starts with 9 free spins.

When the spin starts, a container will appear at the top of each reel. The worth of each currency symbol on the reels is then added to the “bank of reels” above the corresponding reels. If other Money symbols appear during your free spins, their worth is also added to the reel bankroll. Special modification symbols may also appear to increase your winnings. These symbols have the following properties: Reel Collect, Add Money to All Banks, + 3 Free Spins, Collect All, Multiply All Reels, and Multiply Reel. These properties give multipliers, free spins, and added value (for the money symbols).

Since Reel Banks is a relatively simple slot, having few bonus features, it is an awesome game. The concept is well thought of, and the graphics are pleasing. Furthermore, the two features of the slot do bring entertainment and rewards. The Money Collect feature is generous in the base game and adds excitement. Play Reel Banks and win.