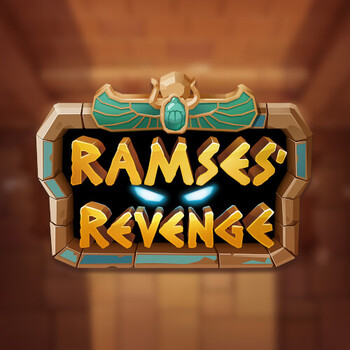 This game is based on one of the greatest Pharaohs of ancient Egypt, Rameses. This Egyptian treasure hunt is played on a 6-reel, 4-row grid and offers 4,096 ways to win. The most notable features are the Mystery Sandstorm, Free Spins and increasing wild multipliers. Stakes range from 10 to 20 per spin.

The reels are full of ancient Egyptian symbols. Coming up from the rear are four lower value hieroglyphs, followed by the higher paying symbols of Egyptian animal god icons. The pharaoh’s burial mask has the highest worth awarding 1x, 2x, 3x or 4x the stake when landing 3, 4, 5 or 6 on adjacent reels. To form a winning combination, land 3 or more matching symbols or wilds on adjoining reels, starting from the leftmost reel. The mummy is the wild while the explorer is the scatter symbol. The Mystery Sandstorm feature can trigger at random on any spin. Up to 6 waves of sandstorm can blow across the screen, dropping between 1 and 4 mystery symbols onto the reels each time. When the storm has calmed down, all the mystery symbols transform into the same matching symbol. A new payout calculation is made with the new symbols in position. Landing two explorer scatter symbols on the same spin triggers the Free Spins feature which awards six free spins at start. Two mummies drop onto the reels and take up the positions where the triggering explorer scatters appeared. These mummies are wild and activate the free spins. If a new explorer scatter lands, the mummy moves to that position. One extra free spin is added to the total and one is added to the wild multiplier for that mummy. Landing both mummy wilds in the same win combines the values of their multipliers. This game boasts of a potential maximum win of 49,996x the stake.

Register to Rameses’ Revenge on Genting Casino, available on all mobile devices. Only gamble money you can afford to lose. Set your limits and gamble responsibly.