Play Rabbit in the Hat 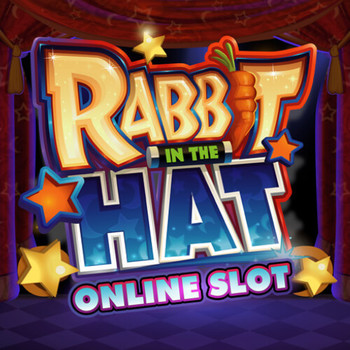 Produced by
Games Global
Conjure the magic with this Rabbit in the Hat slot, a scintillating release from Games Global. Incorporating a magic theme, this 5 reel, 9-payline slot game comes with bouncing fluffy rabbits on the reels. Additionally, there are plenty of bonus features too. They include the Magic Hats that can deliver various rewarding extras such as free spins, wild reels, multipliers and cash prizes.

Enjoy magical action with the Rabbit in the Hat slot

Players can play Rabbit in the Hat slot with 5 reels, 3 rows and 9 paylines. Wins are generated by landing multiple symbols of the same kind on the reels starting with the reel on the left. The Return To Player rate is 96.61%, which is somewhat above the average for a standard slot machine. Additionally, the volatility lies at the medium mark.

Rabbit in the Hat slot online can be accessed via a wide betting range. Bets start with a minimum of 0.09 coins up to a maximum of 18 coins. However, the game still offers an option for adjusting the bet size, so players can use it accordingly. The maximum win is 2,500x the stake and this will mostly come from the free spins bonus.

Players will find an array of symbols when they play Rabbit in the Hat slot. They include low-paying playing card royals as well as the magician, his assistant, a pink rabbit, a locked chest, a knife-throwing target and a water-filled padlocked tank. Furthermore, there's also a wild symbol that's represented by the magician's hat. It substitutes for all regular symbols to help make winning combinations.

Rabbit in the Hat Magic Hats

The main bonus feature of this game is based on the appearance of magic hats above the game's grid. There are four different magic hats that can appear above the fifth reel in the base game. The hat's feature is triggered if a wild lands beneath it. Otherwise, an untriggered hat will shift position each spin moving towards the left until it disappears from the grid.

The first magic hat can enlarge to a big wild symbol that can fill up to 3 reels. This opens more opportunities for creating winning combinations. The second magic hat will award a random cash prize, while the third offers 10 free spins per triggered hat. Finally, the fourth magic hat will award any of the three aforementioned prizes at random.

During the free spins rounds, all winnings generated will be multiplied by 1x. Retriggers are also possible during this feature and can offer the chance to land up to 10 additional free spins. Players who play well at this juncture can get to hit the 2,500x max win. What's more, any magic hats remaining after the free spins end will remain active for the next game.

Rabbit in the Hat Jackpot and Bonus Features

The Rabbit in the Hat slot is a magical game that will appeal to many players. The theme, sound effects and graphics make you feel as if you are part of a magic show. Feature-wise, the various magic hats will deliver bountiful prizes that can spice up the gameplay. Not forgetting that there is a 2,500x your stake maximum payout to be won.