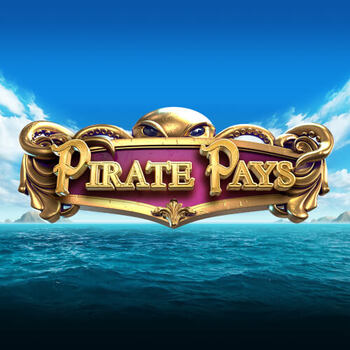 The main bonus feature of the Pirate Pays Megaways slot is the free spins bonus round. This is triggered by landing 3+ scatters within a single spin in any reel position. Scatters in the Pirate Pays Megaways slot machine appear in two versions; the standard scatter which can land on reels 1-5 and the Mega scatter which can only be seen on reel number 6. If the free spins round is triggered including a Mega scatter then players will be given the feature offer.

Lastly, when you play Pirate Pays Megaways, be on the lookout for the two wild symbols. Basic wilds will only be able to appear on the second reel while Compass wilds can appear on any reel and will point in one of the cardinal directions (north, south, east, or west). Basic wilds will appear in the direction that the compass points.

If you’re ready to make the high seas your servant then make sure to visit us at Genting Casino as soon as the Pirate Pays Megaways slot machine is released and be the first to claim the booty that this slot offers.