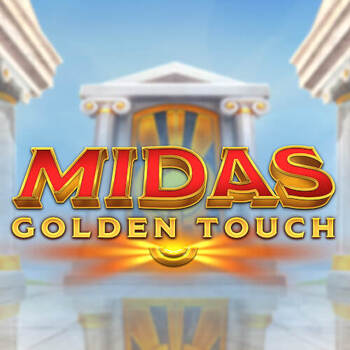 Produced by
Thunderkick
Journey back to Ancient Greece in Midas Golden Touch, Thunderkick’s popular 5x3 slot! The legendary king may have wanted to turn everything he touched into gold, but you could win more than 10,000x your bet in real-money prizes in Midas Golden Touch. And you may even get to play the retriggerable Free Spins round with its sticky wild respin feature for free chances to win! 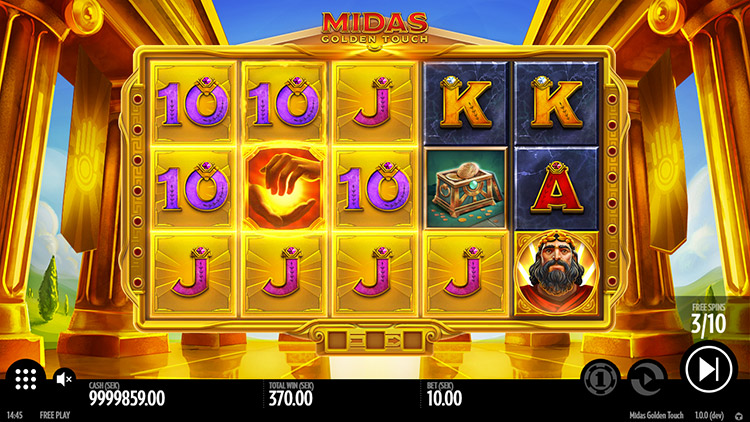 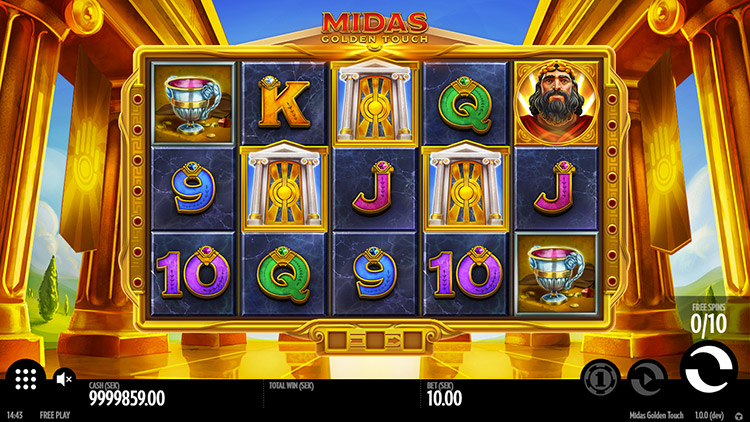 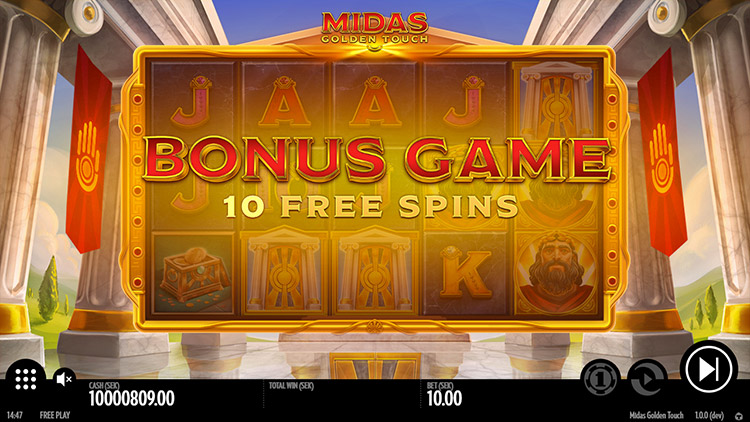 Midas Golden Touch is based on the timeless tale of King Midas, who wished for the power to turn everything he touched into gold. Thuckerkick has captured the aesthetic of Ancient Greece in every aspect of the presentation, from the background to the symbols.

The reels stand in the king’s palace, surrounded by acres of greenery, and subtle animations (waving banners, gleaming symbols) add extra realism to the colourful environment. The symbols in the Midas Golden Touch game comprise a mixture of traditional royals and thematic symbols inspired by the story of King Midas.

You’ll see Midas’s hands with a golden glow, the king himself, a golden necklace, a box filled with golden coins, and a silver cup. Each symbol awards a specific range of prizes depending on how many appear in a winning combination. The top payout for each symbol is:

The Wild symbol substitutes for all other symbols except the Scatter. Any winning combination featuring a Wild has a multiplier corresponding to the number of Wilds included — for example, 1 Wild awards a 2x multiplier, while 5 gives you a 32x multiplier instead.

Land 3 or more Scatters to trigger the Midas Golden Touch Free Spins feature. The number of free spins awarded depends on the amount of Scatters on the reels:

Midas Golden Touch’s Free Spins feature incorporates a sticky respin feature, triggered by any win. All winning symbols on a payline stay in their positions while the rest of the symbols respin. The respins can go on and on until no more winning symbols become sticky.

A random Wild is dropped onto the reels at the start of each free spin, too. And you can retrigger the Free Spins round and get 10 more extra spins if you land 3 Scatters during the respin feature. 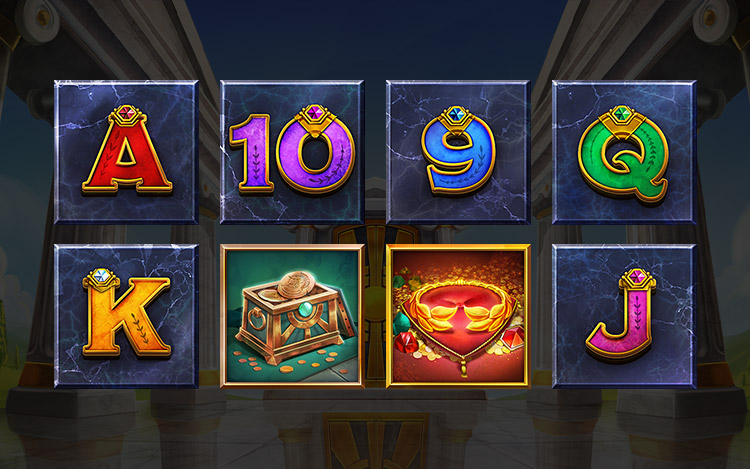 The Midas Golden Touch online slot includes a simple control panel and a standard 5-reel layout, so it’s easy for any player to pick up. The control panel below the reels displays all the data you need while playing, such as your current bet and remaining balance.

Before you spin the reels, take a moment to set up your bet. Tap the button designed to look like a casino chip on the right-hand side of the control panel to open the bet settings screen. Here, you can click on one of several stakes, ranging from £0.10 to £100. You can return to this screen to increase or decrease your bet at any time.

Next, hit the SPIN button in the bottom-right corner to spin the reels. They’ll come to a stop after a few seconds and reveal a grid of 15 symbols. If you can create a combination of 3 or more matching symbols on one of the 15 paylines, you’ll win a prize! Win values are based on the winning symbols and the payouts they offer.

Two of the symbols — the Wild and Scatter — perform special functions. The Wild substitutes for other symbols, except the Scatter, and can help form winning combinations. And the Scatter triggers the Free Spins feature if you land at least 3 anywhere on the reels.

Click on the grid-patterned button in the bottom-left corner of the screen to open the paytable and read further information on how to play.

What is the maximum bet for Midas Golden Touch?

What is the minimum bet for Midas Golden Touch?

You can wager a minimum of £0.10 on Midas Golden Touch.

Can I play Midas Golden Touch on mobile?

Yes, you can play the Midas Golden Touch slot machine on a mobile device.

What is the RTP of Midas Golden Touch?

What is the biggest potential win for Midas Golden Touch?

The biggest potential win available in Midas Golden Touch is 10,100x your bet.

About the Game Provider: Thunderkick

Thunderkick creates high-end and original online games for gamers of all genres and, despite its youth, has already established itself as a major player in the market. Thunderkick is situated in Stockholm, Sweden, and operates under a Maltese gaming licence. Thunderkick is a small independent studio with a staff of roughly 50 people dedicated to creating games and content on their own terms. Thunderkick, which was founded in Stockholm in 2012, has a portfolio of little over 50 slot games, including a mix of high-quality series and one-off slots. One of the most well-known slot series created by Thunderkick is their day of the dead inspired game known as Esquelito Explosivo. Other titles that Thunderkick have created include Pyramyth, The Rift, and Rocket Fellas.

Midas Golden Touch is a brilliantly designed slot with gorgeous visuals and fantastic features, including the Free Spins round and sticky wild respins that can bring you bigger payouts. Play Midas Golden Touch and a massive variety of other slots, table games, and live casino games at Genting Casino today!