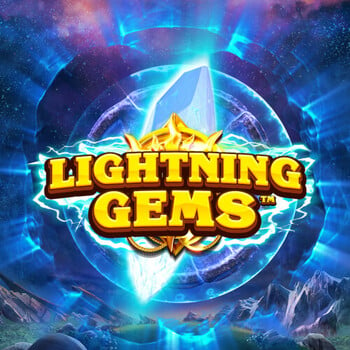 Produced by
NYX
Play Lightning Gems slot, a 5-reel, 10-payline slot from NextGen Gaming, on any device for only 0.15 per spin. It has two randomly activated bonus features that nudge wilds and extra wilds for assured wins and have a fantasy/gemstone theme. The Free Games feature is the main draw. During this bonus, you can receive up to 20 bonus spins and 50 additional wild symbols will be added to the reels (10 per reel). The RTP for Lightning Gems game is 96.483 percent.

Play the NextGen Gaming slot Lightning Gems slot game on any device from 0.15 to 150 per spin. It has five reels and ten paylines. Three bonus features, including wild nudges, wild winnings, and bonus spins with 50 additional wilds on the reels, are available in this fantasy-themed game.

With its dark night backdrop and symbols of clubs, hearts, spades, diamonds, and various precious gemstones, Lightning Gems has a fantasy-like aesthetic. Additionally, there is a wild symbol that awards 500 coins for five of a kind on a payline and replaces all other symbols bar the scatter.

When it regards to bonus features, you have the Wild Nudge function, which can be activated randomly. After any base game spin, wilds that have narrowly missed earning you a win will be nudged up or down to offer you a winning combination. The Free Games feature can also use this function.

Additionally, you have the Wild Wins feature, which can be randomly activated at any spin in both the regular game and the Free Games feature and guarantees you a win.

When three or more gateway scatters occur anywhere on the reels, that Free Games feature is activated. For 3, 4, or 5, you will receive rewards of 20, 50, or 2,000 times your wager, respectively. Each wild symbol now has 10 more added, for a total of 50 additional wilds. The feature can be retriggered as well, awarding you an additional 20 bonus spins.

Lightning Gems slot online has a few amazing features. The wild symbol in the Lightning Gems online slot is a golden pendant. All reels with a vertical stack will have these symbols appear on them. It helps create winning combos and gives the player huge multipliers in return. All regular symbols will be replaced by it throughout the game. The Wild Nudge and Wild Wins will both include the Wild.

The scatter icon is a diamond called the Shining Diamond. When an icon appears anywhere on the reels, the player will be rewarded. The total amount wagered across all bet lines is multiplied by the rewards. At least three dazzling diamonds must land on the reels in order to trigger the bonus spins bonus.

When the Golden Pendant lands next to the reel and reflects during the spin on an undetermined cell, Wild Wins is triggered. The new wild cards will help to create a potent combination. Both the regular game and the bonus spins have the ability to trigger the feature.

What is the maximum bet for Lightning Gems?

What is the minimum bet for Lightning Gems?

Lightning Gems has a minimum bet of 0.15.

Can I play Lightning Gems on mobile?

Lightning Gems is playable on mobile.

What is the RTP of Lightning Gems?

What is the biggest potential win for Lightning Gems?

The wild sign is the focus of the game Lightning Gems slot machine, which is rather straightforward. The Free Games feature, where the other 2 randomly triggered features can occur as well as a total of 50 extra wilds showing up on the reels, is where the biggest wins will occur. The game has a medium to high variance and has the potential to pay out maximum payouts of up to 2,000 times your wager on each spin.