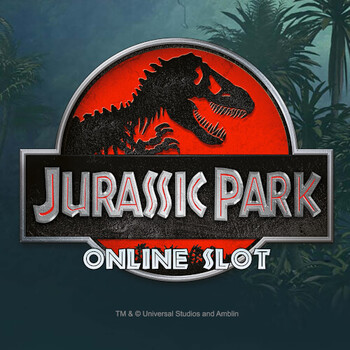 Produced by
MicroGaming
The Jurassic Park slot machine has five reels, three rows, and 243 chances to win. 3 or more matching symbols or wilds must appear on adjacent reels, starting with reel 1, to create a winning combination. The stake levels here range from 0.30 to 15 each spin. Jurassic Park online slot is a Microgaming branded game that is jam-packed with interesting features and visually appealing symbols. The RTP for Jurassic Park slot game is set at 96.67%, and the slot has a high volatility. The largest possible payout is 6,333 times your stake.

The style of this Jurassic Park game is similar to some of the most well-liked online slots. Five reels and three rows make up the visually stunning reel-set that you will discover. Because the symbols are so animated, they can also result in random bonuses throughout the base game.

The Wild represents Jurassic Park. Other symbols can be used instead of the Amber Fossil symbol. When many symbols occur on a pay line, the wild symbol stacks them together to form a winning combination.

The Scatters appear as the Amber Fossil symbol. It completes a winning scatter combination when two or more of them show up on the reels. They also trigger the Free Spins bonus game when three or more of them are present.

A randomly triggered T-Rex Alert Mode feature that lasts for 6 spins is included in the base game. On the third spin, look for the T-Rex image behind the reels to benefit from up to 35 wilds. This can result in some substantial payouts, and it's an excellent way to keep the base game exciting. Look for the stacked Jurassic Park logo as well. The free spins feature is started when you land at least three scatters on the same spin, and each dinosaur has its own free spins feature.

After 25 triggers, you'll have the choice to select whatever dinosaur you want to "play" with at random. During the matching Free Spins mode, the selected dinosaur will also show up stacked.

What is the maximum bet for Jurassic Park?

The maximum bet for Jurassic Park is 15.

What is the minimum bet for Jurassic Park?

The minimum bet for Jurassic Park is 0.30.

Can I play Jurassic Park on mobile?

Yes, you can play Jurassic Park on any Android or iOS device.

What is the RTP of Jurassic Park?

What is the biggest potential win for Jurassic Park?

The biggest potential win for Jurassic Park is 6,333 times your stakes.

Genting Casino offers Jurassic Park slot online. The website offers a huge selection of slot machines, table games, and live dealer games. You may play these games at Genting Casino online on any device, wherever you are. Jurassic Park slot is a fantastic game from Microgaming that is flawlessly balanced in many different aspects. The numerous extra features keep things interesting. The high volatility blends well with the huge potential, and the base game is more than engaging enough to hold your interest until you ultimately start receiving free spins.