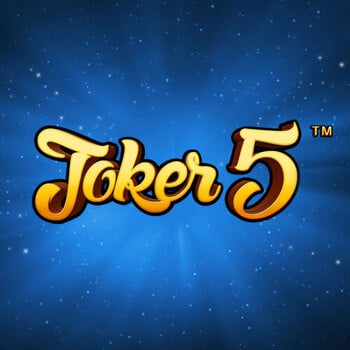 There’s a saying that states that everybody loves clowns, there’s also one that says that fruits are the candies of nature, and everybody loves candy! With Joker 5, you get the perfect mix of clowns and candies in a classic slot machine game that can bring a smile to your face.

Set in a simple 3x3 reel grid, this game has 5 winning paylines and a simple interface that anyone can easily learn and play. It has a volatility level set in Medium, as well as an overall average payback rate that can vary from 85.16% to 97.82%, making it accessible to players of any kind while still keeping the game exciting for everyone.

Symbols in the game are represented by Berries, Cherries, Grapes, Plums, Oranges, Lemons, and Watermelons. The Joker serves as the game’s Wild symbol, and the Star serves as the Scatter. Landing 3 of the same symbols in one payline left to right leads to a win.

You can trigger the Free Spins feature by landing 3 Scatter symbols anywhere on the reels, you will then be shown a different reel where you can play. These will be played with the same bet used during the round where the feature was triggered. Free spins can be retriggered, so it’s all up to how lucky you are to see if you can keep going!

There’s also a Gamble feature during the base game where you can either choose to bet all or half of your wins to get the chance to double it. You’ll see a face-down card and you can guess if it’s either red or black. If you guess correctly, you can keep gambling until your 10th win. Guessing correctly doubles your wins but guessing the wrong one means that you lose everything so you gotta choose carefully.

Joker 5 is playable on any mobile device with Genting Casino. Set your budget and keep spinning, just try not to get too dizzy!