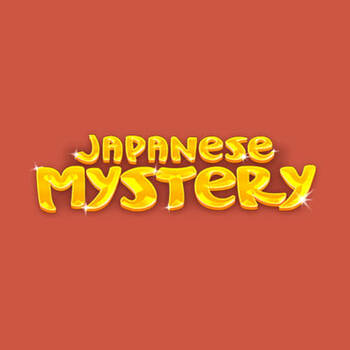 Produced by
Cayetano
Cayetano Gaming's Japanese Mystery game. A background of Japanese cherry trees and well-designed symbols in vibrant hues are only two of the game's appealing visual features. There are 10 paylines and 5 reels in the game Japanese Mystery slot game. Although there aren't many unique features in this online slot machine, it does offer a geisha-shaped Scatter symbol. The best prize is obtained when five of them land on the screen. This symbol can also produce numerous winning combinations (up to 10 combos). Play Japanese Mystery for as little as 0.10 to 100.

Another fantastic video slot for virtual casinos was just developed by the Bulgarian online service provider "Cayetano Gaming." This gambling is in honour of Japan, a stunning nation in the East.

Five cream-beige reels that have a delicate texture akin to the finest parchment are divided from one another by narrow pinkish-raspberry lines that run vertically, acting as a border. In the Japanese Mystery slot online, two azure-blueish columns made of marble not only adorn the sides of the reels but also support the roof of an elegant, if heavy, pale-green, and in some places light-bluish, with yellow ornaments panel with the words Japanese Mystery in large, bright-golden letters that are visible in the centre.

Players will also encounter the following playing symbols in slot machine games: two light-hazel wooden pads (Japanese shoes), a stunningly realistic rendering of an open, divine-rosy womb, a "K" that resembles open scissors or two boughs of a yellow tree, a "Q" that resembles a violet magnifying glass, a "J" that resembles the curved wing of a blue bird or a seal, a positive-olive.

A kettle with a lotus design and a ripe plum hue, as well as a thin golden handle shaped like an inverted "C." Japanese Mystery has some nice, calming music.

In the Japanese Mystery online slot, a pale geisha with closed eyelids, thin eyebrows, a barely perceptible nose, and lips painted a sickening bleeding red are a wonderful way to win money. She also has five black fans surrounding her face with thin white lines and red decorations.

Winnings from the Japanese Mystery will be handed out next to each other. The "Mystery win-symbol" is a characteristic that is also present in the Japanese Mystery. It means that a player may obtain a winning combination in the middle of the game or from the start of the outermost game reels.

The game's symbols appear layered, which is a really fascinating feature. There is therefore a possibility, albeit a very remote one, that all fifteen spots on the reel will have the same symbol. One to three of a symbol's locations will be visible when it appears on the reels. It's not a major element by any means, but it really enhances the Japanese Mystery overall.

The Japanese Mystery slot machine doesn't really have any important features, which makes it feel quite basic; also, there aren't many icons to remember. Playing cards serve as the foundational icons. From 10 to Ace, there are a total of five of them. The Geisha, the lotus flower, the teapot, and a pair of sandals are some of the additional symbols used in the game. This game has a distinct vibe from symbol to symbol, making it a must-try game for that reason alone.

The Geisha sign is necessary if you want to win the 5,000 grand prize. You receive a reward of 500 coins if you get five identical symbols. Because the game uses stacked symbols, it's possible for these five geisha symbols to occupy more than one spot on a single reel. Consequently, you can line up winning combos on multiple reels at once. 1, 2, 3, 5, or even 10 identical paying combinations could appear in a single spin. It creates a bit of a free for all in reel-based things, but a good one at that.