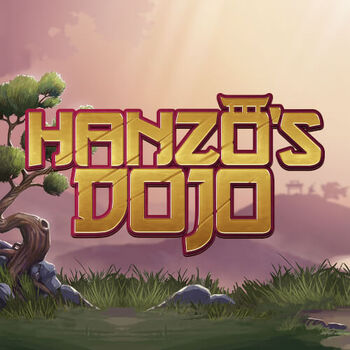 Produced by
Yggdrasil
Have you got what it takes to be a fighting champion? Can you prove you're the best of the warriors to the legendary sensei Hattori Hanzo? Then play Hanzo's Dojo slots online.

Hanzo's Dojo is the ultimate training ground for the fiercest of fighters from the Land of the Rising Sun. The scintillating, action-packed Hanzo's Dojo slots online game offers five reels of classic video slot entertainment, with 25 paylines and an additional three-reel Rooftop Slot. 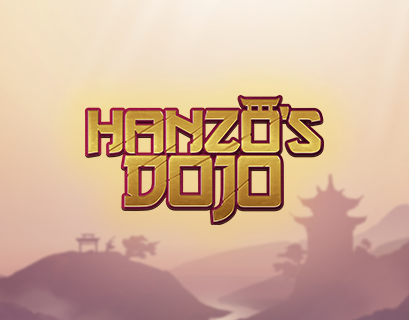 An exciting base game offers some huge-potential free spins, but the game's outstanding main feature is the rip-roaring Rooftop Slot, where you join Samurai, Ninja, Sumo and the Fan Fighter in their battle to become the greatest warrior alive.

The Rooftop Slot feature on Hanzo's Dojo slots online is a mini 3x1 slot where you can trigger Free Spin boosters and a myriad of Free Spin modes. There are four different symbols that appear in the Rooftop Slot: Hanzo Symbol, Expanding Wild, Rooftop Free Spin Symbol and Blank symbol.

Trigger the Hanzo spins with three expanding Wilds and the 3x3 symbol is a Wild. During Hanzo spins, the only available symbols in the Rooftop Slot are the Blank symbol and Free Spin symbol. Be warned, you don't want a Blank symbol, as it indicates no prize - so you will not impress the legendary sensei!

And if that's not enough, you can boost your powers and muscle-in on a big win with Hanzo's Dojo slots when you hit on the Expanding Wild or Rooftop Free Spin symbols, with its additional five Free Spin boosters.

No-one said it would be easy to impress Hattori Hanzo, yet even he would be in awe of the ways you can play Hanzo's Dojo Slots, which Genting offer on desktop, mobile and tablet devices.

Now it's up to you to show him you have the ability to become a fighting force, wherever you are in the world.