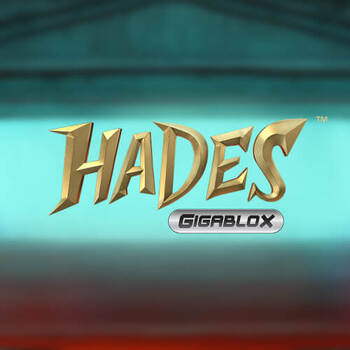 Produced by
Yggdrasil
Go deep into the world of the dead with Hades - Gigablox slot from Yggdrasil Gaming. This Greek mythology spinner puts you into some dark but exciting action led by Hades, the deity of the underworld. And while we all know the dead doesn't conjure positive images, you are going to think otherwise after you spin the reels in this well-designed game. Encounter the demons of Ancient Greece in Hades - Gigablox

Yggdrasil is reputable for its quality slots, and this one is no exception. The computer-generated graphics incorporate some 3D effects, and the various demons come alive after creating winning combinations. When you play Hades - Gigablox slot, you'll see the demons on the reels sharing space with several stylised playing card symbols. Hades stands to the right of the grid, which is surrounded by skulls and snakes. Hades: Gigablox comes with 6 reels, 6 rows and 50 paylines. You create a winning combination by aligning 3 to 6 identical symbols starting from the first reel to subsequent reels. You can play Hades - Gigablox slot online with a minimum wager of 10p and a maximum wager of £100 per spin. You'll then be able to spin the reels with all 50 paylines. Hades: Gigablox is a fairly volatile slot. Small wins will come in the base game, while the bigger ones will accrue from the Wild Hunt feature because of the multipliers. The RTP is 96%, and the hit rate is 20.5%, which equals to a win in 1 to 5 spins. That said, there are payouts of up to 11,129x when you play Hades - Gigablox slot online.

Hades: Gigablox is a great addition to Yggdrasil's Gigablox slot series. The theme of Ancient Greece is very popular, so we can expect the game to impress many players. With a maximum win of 11,129x the stake, this trip to the dark underworld is definitely a risky one. Nevertheless, the rewards are worth it. If you love Greek mythology-themed action, Hades: Gigablox slot will offer just that.