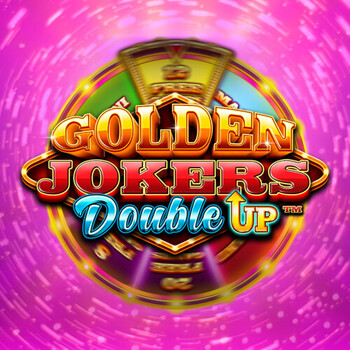 Produced by
iSoftBet
If you’re in the mood for a joker-themed slot game with a classic feel, then iSoftBet has just what you need in the form of their Golden Jokers Double Up online slot game! This slot game’s classic feel is made complete by the plain black reels, orange to burgundy background, and three modest jackpots. No frills, just slots, but it is playable on all devices so you can bring the classic fun wherever you may go. Adding to the fun is the potential max win of up to 9.093x your stake!

About Golden Jokers Double Up

To win in the Golden Jokers Double Up game, you must land at least three matching symbols on adjacent reels from left to right. You can get 4x to 15x your bet with the game’s symbols:pears, watermelons, plums, lemons, oranges, grapes, cherries, blue sevens, bells, red sevens, and of course, jokers which are the highest paying symbols in the game. There is a Wild symbol in the Golden Jokers Double Up slot game that appears on reels 2 to 4 and can substitute for any regular-paying symbol in the game. You may only land one Wild per reel.

Activated by landing 3, 4, or 5 diamond bonus symbols, you can get 1, 2, or 3 spins of the Bonus Wheel respectively. The bonus wheel comes with prizes like free spins, and jackpots (Mini, Major, or Grand Jackpot). The jackpots are worth 50x, 100x, and 500x the bet respectively.

During the free spins feature of the Golden Jokers Double Up slot online, the highest paying joker symbol appears stacked as well as single form. Also during the feature, Wilds can randomly have multipliers attached to them worth 2x or 3x. If a multiplier Wild is used in a winning combination, the values are then multiplied up to x27 and landing at least 2 Scatters get you additional free spins.

iSoftBet’s Golden Jokers Double Up slot machine is definitely a slot game that you should have on your list. It’s classic feel will never get old and the bonus wheel and free spins are sure to bring excitement as you spin the reels. Plus, the potential max win of up to 9,093x your bet with the help of the multiplier wilds. Come on over to the Genting Casino website to play Golden Jokers Double Up slot and enjoy many other table games and online slot games that the site has to offer!