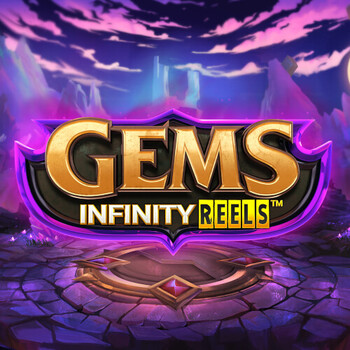 When you play Gems Infinity Reels you’ll notice that this slot looks a little different than others you might have played as it has 4 reels and 3 rows. As an infinity reels slot machine, the Gems Infinity Reels game has the chance to expand its reels indefinitely depending on the player's success with landing combinations of symbols.

We’ve already mentioned the Infinity Reels feature, but that’s not all the Gems Infinity Reels slot machine has in store for its players. There’s also a unique feature called the Wild Princesses Bonus feature where each reel has its own princess which may appear on it and can double the value of winning symbol combinations.

The Gems Infinity Reels slot also has a free spins bonus round which is triggered when players land a winning combination which incorporates a unity symbol. This will award players with 5 free spins and more spin can be awarded by collecting additional unity symbols.

Lastly, when you play the Gems Infinity Reels slot, be on the lookout for the Unity Bonus which can only be won during free spins by landing a fully stacked wild princess on all reels. This bonus awards players with 888x their stake amount.

If you like your slots with a touch of story line or exciting characters then the Gems Infinity Reels slot machine will certainly appeal to you. The graphics of this slot are gorgeous and this game has an intriguing mix of bonus features that sets it apart from other slot machines. If you like the sound of what Gems Infinity Reels has to offer, then play today at Genting Casino.