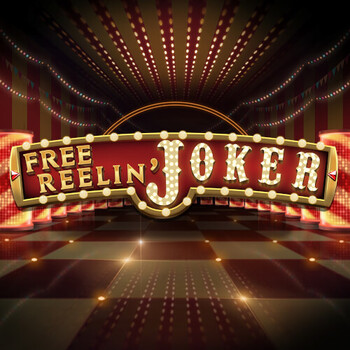 Play'n GO's presents what might be one of the simplest slots available right now. Since many of us have been exposed to modern slot games with their elaborate game grids, storylines and design. Free Reelin' Joker comes at this age with a reset of slot history with going back to the basics of 3 reels and one payline.

While others may not believe that a one payline slot won’t compete with the modern slots, there is more than meets the eye with this game. The slot basically follows the classic design that would fit the screen of its platform. With one big space for the payline, it is highly decorated and rendered with such high detail of gold.

Minimum bet for this slot starts at 0.2 and a maximum of 100 per spin. It does offer a max winning possibility of 1000x the bet and is considered to be of medium volatility.

Here is the exciting part, the reels for this game might start with the classic 3, but it is revealed that it can add a new reel with certain combinations up to 6 reels. The symbols in this game are still defined as the low values such as the plums, lemons and cherries. Then you have the high values which are the  single sevens and double sevens.

There are two kinds of wilds in Free Reelin' Joker, the standard and the golden. Both can replace any symbol to make a combination, and 6 regular wilds will have a payout of 500x. And even if there is one golden wild that will appear and comes with x2 multiplier.

Free Reelin' Joker indeed is one of a kind for going with classic one payline approach. It does take guts to push through with this despite the traditional slots that could offer higher yields and bonuses. But its uniqueness makes it more interesting and more fun to play.