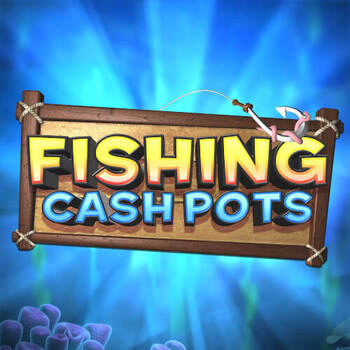 The popularity of fishing-themed slots has increased, but Fishing Cashpots is a more compelling option. The game has a 5x3 reel setup with 10 paylines. It also has a low to medium variance and Return to Player rate of 95%.

The minimum bet is 0.1 up to a maximum of 60. The game has eleven basic symbols. The initial four of these symbols are shaped like playing cards. The awards will be the same for all of them. This means that getting three, four, or five of the same color Aces, Kings, Queens, or Jacks on a line will pay out 0.5x, 2.5x, or 10x your original wager, respectively. For three or four Fish on a line, the Fish symbol pays 1x or 5x the bet. Next, the Hooks and Old Shoes which can pay 2x, 10x, or 50x the bet for three to five on the payline. Moreover, the Trophies, Lifebuoys, and Lobsters pays 3x, 15x, or 100x the bet for three to five on the payline. The Fisherman Bonus feature is the focus of this game. When at least six Fish symbols appear anywhere on reels 1 through 4, together with the Fisherman symbol appearing on reel 5, the feature is activated. During the feature, all of the fish symbols that first triggered it turn golden and adhere to the reels. The Fish cash awards range from 2 to 25 times your wager, and the golden color denotes that they are usually a little more lucrative during the bonus round. If you land the Fisherman on reel 5, the reel locations without fish symbols will spin five more times, and you'll be awarded all the fish rewards in sight. Although the potential is unclear, a full screen display of the game's logo symbol pays out 2,000 times your bet.

Try Fishing Cashpots for a spin here at Genting Casino also available on all mobile devices. Just make sure that you don’t play any more than you should, having a break now and again is recommended.