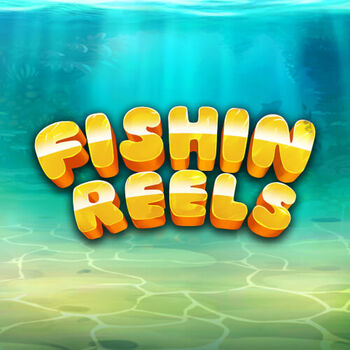 Will you score a huge fish catch when you play the Fishin' Reels slot machine online? The gameplay happens in a 5x3 reel setup with 10 paylines.  Fishin' Reels is a successful online slot machine thanks to its appealing symbols and thrilling high volatility gameplay. It has a Return to Player rate of 96.5%.

Players can stake between 0.10 and 100 on each spin. The game includes Diamonds, Clubs, Hearts, Spades, Flippers, and Mask which make up the low-paying symbols and the Starfish, Lobster, Frog and Goldfish make up the high-paying symbol. A Seaweed wild symbol aids in generating additional wins by substituting for any symbol. A bonus feature is initiated with a Golden Marlin scatter symbol. Ten, twelve, or fifteen free spins are awarded for three, four, or five instances of this Beaming Sailfish. Before the games start you can choose between the Big Catch feature or the Reel 'Em In free games. A virtual school of new fish symbols, a Bucket of Fish, an Old Boot, and a Bait Tin with a Worm inside can all show up during the Reel 'Em In spins. These Fish Money symbols can show up at any time and award a prize at random between a fixed range of 05x and 250x your total wager. If a fisherman lands on the right-side reel, he simultaneously captures all Fish Money values visible. The Worm symbol increases your total spins by two. The Marlin scatter sign can be found in the Big Catch free games. A fishing mini-game and two additional free spins are activated if it appears as an overlay symbol in any three or more positions. Marlin symbols can still appear in the game, and eight fish with random values of 0.5x to 250x are there, although if you catch them all before the free games are up, no more can land.

Sign up for Fishin Reels at Genting Casino, accessible on any mobile devices. We recommend you to play sensibly and avoid playing more than is necessary.