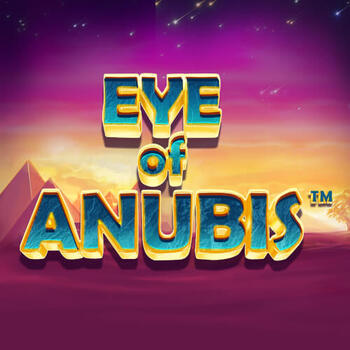 Produced by
Playtech
The line-up of games that use the Ancient Egyptian theme gets an addition from the developers at Playtech. It is the Eye of Anubis slot, and it comes with an array of electrifying and rewarding bonus extras. Key among them is the Free Games feature which awards free spins with multipliers. Moreover, there are Collapsing Reels which continue coming as long as wins are created.

Land into the land of pharaohs with Eye of Anubis

Players can play Eye of Anubis slot on a gaming engine that provides 8 reels, 8 rows and a Cluster Pays system. To form a winning combination, clusters of at least 5 matching symbols should be landed vertically or horizontally on the reels. The RTP of this game is 95.76%, a figure which is marginally below the average for a standard slot machine.

The betting range of the Eye of Anubis slot online favours all bankrolls as it is pretty expansive. Players can place their bets with as low as 0.10 coins and with as high as 500 coins for a single spin. The maximum payout of the game is 10,000x the bet. In addition, the volatility is high with the biggest payouts accruing from the free spins.

Players will happen upon an ancient Egyptian mythology theme when they play Eye of Anubis slot. The backdrop features some pyramids in a desert and on the reels, several symbols can be seen. They include gemstones of different sizes, shapes and colours. The most valuable symbol is the red gemstone which pays 50x the bet for 25 symbols in a cluster.

One of the features of this game is the Collapsing Reels feature which triggers each time a winning cluster is formed. When this happens, all winning symbols blast off the grid and new ones drop into their empty positions. The feature continues until there is no more winning cluster being formed. Furthermore, it is possible to get multiple winning clusters during the same spin.

Lastly, we have the Free Games feature which triggers when three scarab beetle wilds land on the grid. Here, the reward is six free spins. All payouts in this feature will be boosted by the win multiplier attached to the scarab beetle wild. Landing more of these symbols will increase the value of the multiplier which means bigger payouts will be generated.

Playtech delivers potentially rewarding gameplay with the Eye of Anubis video slot. This virtual expedition to the land of the pharaohs will impress all fans of the Ancient Egyptian theme. Regarding features, the action can reach fever pitch during the Free Games feature when the scarab beetle wild comes into play. Here, players can hit the max win of 10,000x the bet.