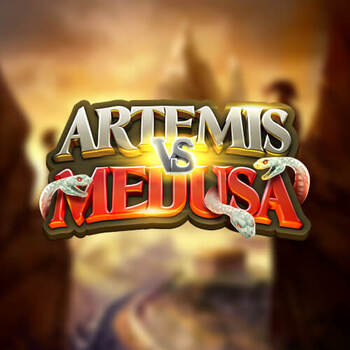 The paytable has 11 regular symbols, 6 low pays, 4 medium, and 1 high.  Diamonds are worth 1x to 2x the stake for five of a kind. Medium pays offer 2.5x-15x the stake. Players get harpies, gryphons, minotaurs, and Medusa. Artemis is the sole high pay, worth 25x the stake for five. The golden antler symbol is the wild, helping form winning combinations, and substitute for any regular symbol.

Whenever an Artemis symbol lands on the reels, all monster symbols in view are collected on the meter and they amble closer to Artemis on the battlefield. For every Artemis symbol that lands, one monster type is removed from lowest to highest. A reward is paid according to the Monster Bounty table and the number of bars. If the meter exceeds 15 bars or Artemis slays all the monsters, Free spins come to an end.

Register to Artemis vs. Medusa on Genting Casino, playable on all mobile devices. Stick to your spending limit and keep gambling fun.