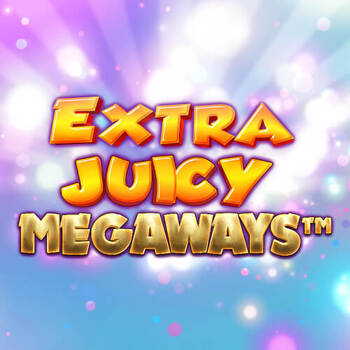 Produced by
Pragmatic
Pragmatic Play gives players a fruity treat in the form of Extra Juicy Megaways. Apt to its title, this game is juicy indeed, featuring fruity symbols such as a watermelon, a bunch of grapes, an orange, and more. Present in the Extra Juicy Megaways online slot are 6 reels of up to 7 symbols per reel, capable of giving players up to 117649 ways to win. The game sports a high volatility with a 96.42% RTP, and gives interested players a chance to win a maximum of 5000x their stake. Read more about this juicy game in this review.

Pragmatic Play’s Extra Juicy Megaways game presents players with 6 reels of up to 7 symbols per reel, providing you with up to 117649 ways to score wins. Wins are awarded for adjacent symbol combinations from left to right of any size. All of the reels in this game can randomly have up to 7 symbols. The 7 symbol is the one to watch for as this is the highest paying symbol in the game. Other high paying symbols include the bell, watermelon, blueberries, and plum. The lower paying symbols come in the form of the orange, kiwi, grapes, lemon, and cherries. Extra Juicy Megaways’ scatter symbol is the diamond and it can appear on all of the reels during the base game. Players can stake a minimum of 0.20 to a maximum bet of 125 to play the game. With a high volatility along with a 96.14% RTP, Extra Juicy Megaways gives players a juicy chance to win up to 5000x their bets.

In the game’s Tumble Feature, winning combinations are paid and all symbols from the reels containing at least one winning symbol disappear aside from the Scatter and Multiplier symbols. These symbols fall to the bottom. New symbols that appear afterwards are the same size as the initial spin result before the tumbles. Tumbling will go on until there are no more winning combinations that appear as a result of a tumble. In this feature, all wins are added to the player’s balance when all the tumbles that resulted from a base spin have already been played.